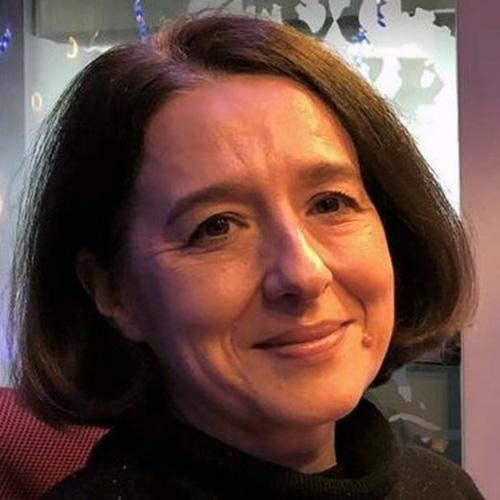 The art historian and writer Olga Medvedkova delivers the second part of her “little library of antifascism” to tell us about the fate of the “uprooted”. Not only of emigrants, but also of those who remain in their homeland invaded by Evil — whether Hitler’s Germany or Putin’s Russia — without adhering to the dominant theses.

Today, among Russian citizens who speak and write publicly, there are two categories: those who left Russia and those who remained. Their individual itineraries may be diverse and varied, but a constant theme emerges from their discourse, not only among those who stayed but also among those who left (particularly out of fear of mobilization and who feel guilty vis-à-vis those who stayed). For both, the keyword is uprooting. We often hear: “Russians can only live in Russia”, “to leave is to betray”, “to be Russian is to suffer with your people”. The fact that those who left are seen by those who remained as traitors is not surprising. The figure of the emigrant has been gradually transformed by the propaganda of the current regime into one of the subspecies of the scapegoat. The historians on duty have largely devoted themselves to, if not blaming the emigrants of all waves, at least describing their misfortune, their sufferings there, in those distant countries. They would be badly received by the West, rich and cold, hypocritical and haughty, and whose bourgeois spirit is incompatible with the Russian soul. And in fact ! Even the most common phrase uttered by all and sundry, by those who left and by those who remained — Ia tam nikomu ne noujen — is not easily translated into French: “Over there, I am of no use”, “Over there, nobody needs me”. In fact, it is not about the desire of these people to serve or to help people, to be useful (noujen) in their host countries, it is not this utility of which they would be deprived. It’s more about the lack of interest on the part of people in these countries for newcomers. In fact, the sentence Ia tam nikomu ne noujen should be translated as: “No one is interested in me”. This absence of interest, both positive and negative (surveillance, punishment, and even imprisonment are sometimes felt as forms of interest), is often experienced by those escaping from totalitarian regimes as a form of forgetting and of abandonment. Hence, after a while, the return at home of a large number of those who left, especially at the beginning of the war, even of those who, at home, have been persecuted and are at risk of being persecuted again. “I didn’t have a place there,” they say of their brief experience as exiles. Like Kashtanka, that poor female dog in Chekhov’s short story, who returns to her master who tortures her, they return home, to their homeland, even if it means feeding the murderous totalitarian machine with their skill, work or silence. It’s always better than being uprooted. “Nobody there speaks any language (i.e. Russian) ”. “Over there, nobody knows our great writer Bunin” (who also wrote his finest works in France). “Over there, no one loves me, hates me, watches me, tells me what to do, say or think.””

Entire libraries are written on this subject: uprooting. We often think of it in a nostalgic, melancholic way, and yet it is one of the foundations of all nationalisms. This concept raged in the 20th century, within the dictatorships (fascism, Nazism and communism included), heirs of the Italian, German and Russian nationalisms of the 19th century. “Man can only flourish rooted in his soil. The uprooted artist cannot produce anything of value.” It’s an old mantra, an old song. In Stalin times in Russia it was called bezrodnyye kosmopolity : “the bastard cosmopolitans”. So many people, exiled thinkers and artists, have proven the opposite: some practically, by their life and work, others theoretically, in their writings. One of the most convincing of these texts is due to Charlotte Beradt and is entitled Dream under the IIIrd Reich. It appeared in the first edition in German in 1966, was translated into English in 1968 and into French only in 2002. The Russian translation of this book does not exist.

Written by an exile, this book is a response to the state of exile. Beradt was born on December 7, 1901 and died in 1986; in 2021 we celebrated its 120th anniversary. Born into a wealthy Jewish family, she grew up in Berlin, where, first wife of the writer and journalist Heinz Pol, she worked as an editor, translator from English, photographer and journalist (notably for the newspaper Weltbühne ). In 1938 she married Martin Beradt, lawyer and writer, twenty years her senior and whose literary secretary she had long been. Together with him, she left Germany in 1939. They passed through London and finally settled in New York, where Charlotte, in order for her family to survive, opened a hairdressing salon in their apartment. Bella Chagall was one of her clients. Hannah Arendt has become one of her closest friends. Charlotte would later become her translator and executor. In 1949, Martin Beradt died; she takes care of his archives and unpublished manuscripts, as she takes care of the archives of some other German writers in exile. According to many testimonies, she never talks about herself and does not complain about her life as an emigrant. In the early 1960s, German reparations finally arrived. She can breathe, close her hairdressing salon and work again as a radio journalist. She then translated and published Rosa Luxemburg and Paul Levi (rethinking her communist dream with them and bidding farewell). In 1966, she finally published the book that would make her famous, this astonishing book of dreams, so modern and so ancient at the same time.

From 1933, Charlotte, a member of the Berlin bohemian experienced in psychoanalysis (in 1933, Freud’s books were burned by the Nazis), wrote down the dreams of the people she frequented, people of all social group and profession, under pressure from the Hitler regime. Her dream library has about 300 dreams. She hides them in books, with friends. She sends them to all sorts of addresses, they are sent back to her in exile. Somehow, she picks them up in New York and first publishes a small portion in the newspaper Free World. In the early 1960s, the anti-fascist writer exiled in Switzerland Karl Otten became aware of it; it was on his advice that she was invited, in 1963, to produce a program, Dreams of Terror, on West German radio. Three years later, the book appeared and became a milestone. Its tone is astonishing: confident, light-hearted and prodigiously intelligent.

The book opens with this personal story: Charlotte Beradt tells how the idea of ​​collecting dreams came to her. It all starts with this dream told to her by a left-wing businessman; he does so on the third day after Hitler took power. In his dream, this man of great stature and dignity is shattered, Charlotte writes, while remaining physically intact. Everything is already there, all the attributes of a torture and a moral defeat, much deeper than physical suffering. The man dreams that Goebbels is visiting his factory. In front of him and in front of all his employees, our man must produce a Hitler salute. He does not manage. He does it anyway, very slowly, millimeter by millimeter. Everyone looks at him and waits. When, at last, his arm is raised despite everything, Goebbels turns to him and says these five words: “Your greeting, I refuse it!”

What is this dream about, wonders Charlotte Beradt? And she answers immediately: this dream speaks of uprooting. But what kind of uprooting? From this uprooting that stems from the humiliation that man undergoes in his dream. Because this humiliation uproots him from his life, from his values, from his surroundings, that is to say from himself, from his own identity. Man becomes a stranger to himself. It is this alienation from one’s own person, it is this uprooting of oneself that is the most serious thing one can do to someone. It is the most violent affront that can be inflicted on a human being. The individual uprooted from oneself no longer knows who he is, how he is; there is no longer anything firm in him, there is no longer anything to lean on. He can’t stand up, he changes his mind, opinion, desire every second. He doesn’t trust himself or others. He cannot build anything, create anything. There is no continuity in him. You can do anything with him. Make him do anything. We now understand that compared to this, the uprooting from native soil is just a joke. We understand why Charlotte Beradt never complained about her life in exile.

Extremely aware of the value of her source, as a historian of the present time before the letter, Charlotte Beradt then delivers her collection of dream-testimonies about the uprooting of oneself. The Russian reader will recognize these situations not so much in dreams, but in reality. This dream, for example, about transparent walls or about forbidden words, about forbidden thoughts that nevertheless make themselves known by the action of an electric machine. This other dream about forbidden professions. And this other still about the prohibition to say that one is sad. This dream in which the man makes himself look ridiculous.

Dreams about people making themselves laughable or denouncing themselves are among the most distressing. They make measure the unbearable weight of the disagreement with the majority, with the native ground. This eagerness shown by dreamers to accept in dreams what they still refuse to think, say or do in reality. This doctor, for example, who continues in a waking state to resist but who, in his dream, sees himself already employed as a doctor in a concentration camp. All these dreams, as varied as they are, obey one and the same paradigm: under moral torture, in the atmosphere of lies, violence and arbitrariness, man’s self-confidence disappears; man uproots himself from himself, becomes the opposite of himself, shows himself detestable for himself. Read Charlotte Beradt’s book: you will recognize so many situations.

Today, Daria Serenko, poet and artist-actionist born in 1993, author of the project “Feminist resistance against war », herself in exile, is inspired by Charlotte Beradt. She collects people’s dreams about Putin which she publishes regularly. In one of these dreams, Putin appears in the form of a cream cake. They cut off his head with a knife, but he does not die. These dream images repeat themselves — Putin without a body, Putin in the form of a single head, as well as his immortality. They are of course reminiscent of Russian tales, those about Koshchei Bessmertnyi (the Immortal Skeleton). Faced with this incarnation of Death, the current Russian dreamer remains bewildered, vague, rather passive. Faced with this creamy death, he is like a child, unhappy that the party is being spoiled for him.