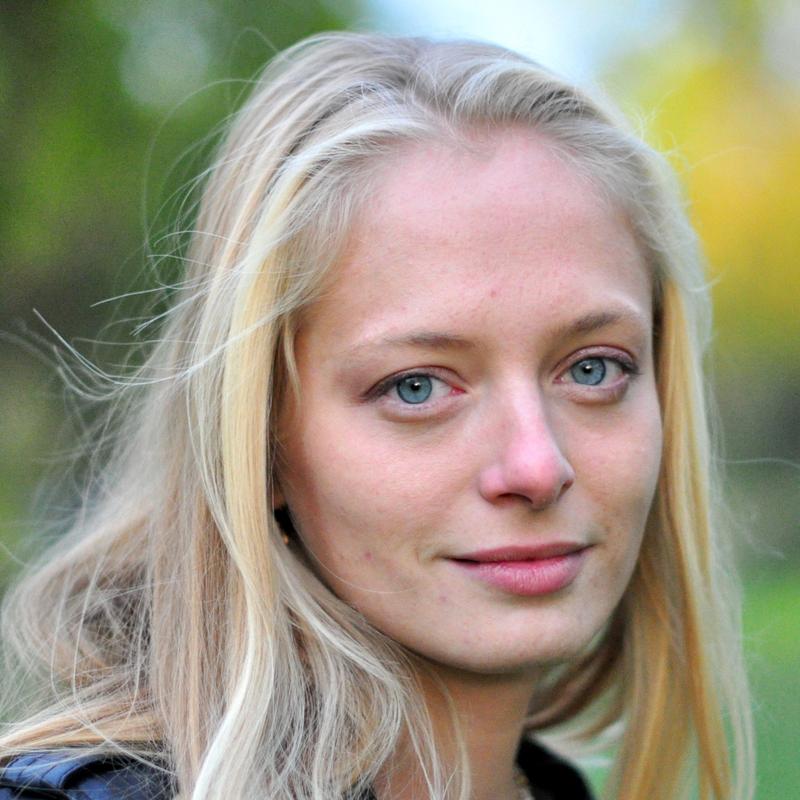 The Ukrainian intellectual Marianna Perebenesiuk tells us about some funny memes circulating on the Ukrainian Internet with great success since the beginning of the war.

On August 28, the UK Ambassador to Ukraine, Melinda Simmons, tweeted a photo of a cotton flower on her table, captioned: “I have recently had a particular fondness for this flower.” Judging by the success of the photo liked 13,528 times and retweeted 1,261 times, the diplomat is far from the only one with a taste for cotton.

The day before, on August 27, the Twitter account of the Ministry of Defense of Ukraine went even further, creating a virtual character based on a cotton flower: Bavovnyatko. Cotton is called bavovna in Ukrainian and the suffix -atko/-yatko is used to form diminutives and describe small things: bavovnyatko would therefore be a little piece of cotton, a nice one. “Bavovnyatko is a ghost animal, soft and excited. At night, Bavovnyatko quietly goes to bases, depots, airfields, oil refineries and other places filled with flammable objects and begins to play there with fire,” says the tweet that comes with the image of an adorable beast, although quite bloodthirsty.

All of this, without even counting every drawing, sticker, video, joke, song and other creations celebrating cotton, that was, until the past few months, massively produced by professionals or even simple users of social platforms.

So what is happening with this plant, on the way to become a cult in Ukraine, and increasingly popular abroad?

Here’s the explanation. Actually, in Russian, the word khlopok means at the same time “cotton” (plant) and “bang”, a clap, a noise that comes with an explosion1. Furthermore that’s the word which, starting a few years ago, replaces the word “explosion” in the Russian media, just in order to reduce the level of anxiety of the public owing to the misadventures affecting the gas structures of cities, frequent in their dilapidated country. In 2020, the independent Russian media Meduza even investigated this particular form of censorship, and the increasingly systematic use of the word “clap”, used to indicate explosions.

It’s something most Ukrainians only discovered after the second Russian invasion of Ukraine in February 2022 - after the loss of a flagship of the Russian fleet, the Moskva, to be precise. In order to explain why this ship sank while denying that it was hit by Ukrainian missiles, the Russian media and commentators used all their imagination — or rather the lack of it. The main version? A clap caused by a badly extinguished cigarette made it sink! A meme [element of culture used massively on the Internet, Ed] was born. Or even two: that of cotton (clap) and a second one about smoking, both of which ravaged Russian military bases and decimated the Russian army. The Ministry of Defense of Ukraine, moreover, repeats it at will (“Smoking Kills!”) and encouraged Russian soldiers “to quit smoking” and regularly reminds them that it’s “forbidden to smoke” in public rooms in Ukraine. A subtle reminder that Crimea is part of Ukraine.

Public institutions and public companies are not left out: earlier this year, the Ukrainian post issued stamps with the very famous sentence uttered by the soldiers of Snake Island, which has also become a meme: “Russian military ship, f*** you!”. They also created another stamp with an almost mythical “Ukrainian tractor” which tows a Russian tank. Let’s talk about this tractor: last spring, the Kyiv city council even created a flower arrangement in the shape of a tractor. And a little later, my parents sent me a heartwarming delicacy from Ukraine: glazed gingerbread decorated with an eloquent drawing of a tractor in a sunflower field with the sentence “Everything will be Ukraine! (subversion of “everything will be fine”).

Ukrainian memes have become so ubiquitous that when a designer created a limited number of ‘Himars’ brand fake cigarette packs with the traditional “Smoking Kills” banner, netizens spontaneously wondered how it was possible to get some. In short, in Ukraine humor is a way of life, and it is this Ukrainian talent for insolence and cheerful humor, even in the midst of the worst, that has amazed the world over the past six months.

There are several reasons for this. First, the ability to laugh and make others laugh about very difficult topics, at a time when the nation is experiencing genocide, without losing any of its dignity. Secondly, the fact that Ukrainian humor is indeed very good — funny, apt, polymorphic, often endowed with real artistic value. But also, finally, the Ukrainian approach. The audacity to take back and mock Moscow’s discourse which paralyzes European capitals. The playful and a bit flammable cotton is a good illustration of this.

Because, basically, if Ukrainian humor and attitude is so attractive, it’s not only because Ukrainians do it better, it’s also and above all because they do it differently. Instead of resorting to a thousand precautions to “not provoke Russia” by submitting to its narrative — which, let’s remember, only exists to impose the limits to our response — Ukrainians are freeing themselves from it. It’s liberating, it’s good: it’s good for Westerners who discover that we can be free, we can stop walking on eggshells, we can stop fearing everything. Instead of spending their time demonstrating the untruth of relentless Russian propaganda, Ukrainians take it as it is, hijack it and push it to the apex. And it’s very funny.

Is it the fault of the cotton claps? Of course! Beware, they are very dangerous! And everywhere. I’m sure there will be much more.

Is the damage caused by careless smoking? That’s a serious problem you have there, clearly! This is not something to be overlooked! Avoid smoking Himars especially, these cigarettes are a bit too strong for you.

The Moskva “burned and sank”? Holy God! What a pity. But it’s great that you take it so well! And when is it the other Moskva’s turn? (The flagship of the Russian fleet had been named after the Russian capital).

Lukashenko has a map that reveals the directions of a hypothetical Ukrainian attack on Belarus? – Your information is very interesting! Exciting, even. Do you have any other maps?

Are all Ukrainians Nazis? – Clearly! You have not seen anything yet! If I were you, I’d be scared! By the way, where are my personal slaves that Russian TV talked about?

Do we teach Ukrainian children to kill bullfinches (in Russian colors) and feed blue tits (in Ukrainian colors)? – Damn! We can’t hide anything from you. Excuse me, I have my bullfinch stew to make for dinner.

This reminds us that the founding work of modern Ukrainian literature is a parodic travesty of Virgil’s Aeneid by Ivan Kotliarevskyi. The book, from 1798, was the first ever to be written in the Ukrainian language as it was spoken by ordinary Ukrainians. The Trojan prince Aeneas, expelled from his devastated homeland, but also the future founding father of a brilliant Roman state — let’s not forget the political dimension of Kotliarevskyi’s poem — is a brave Cossack who faces great and small misfortunes which strike him with joy and good humor. The gods, Zeus, Venus, etc., are simple villagers with their little hassles and plots, who are treated roughly. It is with the book that the Ukrainian literature course starts in the colleges of Ukraine. It’s a work which has always been a great source of inspiration for Ukrainian artists.

President Zelensky recently repeated that the war “began in Crimea and will finish there.” We could also say that Ukrainian culture, which the world has finally discovered because of the war and with the help of memes, sprung in laughing and is still growing with laughter. Astonishing and charming the whole world along the way.

Ukrainian philosopher and essayist, Olekskiy Panych, originally from Donetsk, examines in this text the Western attitude towards Russian culture.

Recently, Beijing and Delhi have shown a certain distance towards the Russian aggression against Ukraine and suggested to Moscow to stop it…

The author has just returned from a trip to Ukraine with a delegation from the European Parliament and the French Senate.