When Russia is free again, the Russian people will again have to face a reality: the massive crimes committed in their name by Putin’s regime in Ukraine, Syria, Georgia, several African countries and elsewhere. Of course, these crimes have not spared Russians themselves, within the country’s borders, but those committed abroad are without comparison in number. We also know that this regime has tried to erase the Soviet past, especially the Stalinist period, in order to whitewash the present crimes. However, the Russian opposition still seems largely stunned by the magnitude of the evil.

I don’t know, actually, if this will ever be possible. And if it happens it will take decades. Russian citizens will one day have to do, both individually and as a society, something similar to what the Germans did after the Second World War with regard to their Nazi past. It took forty years for a German president, Richard von Weizsäcker, to make the decisive speech on May 8, 1985. But we also know that this work was incomplete, that former Nazis escaped conviction and continued to work quietly within public institutions, as did Italian fascists or French or Belgian collaborators with Nazi Germany. For Russia, this work will be all the more complicated because the structures of oppression lasted, in the end, much longer than those of the Hitler or Mussolini states. Perhaps also there will not be, after the war in Ukraine, the same type of total defeat and capitulation that the Axis powers experienced.

The debate is all the more complicated because of the intertwining of considerations related to the military outcome, to the regime that will one day succeed Putin’s and that will not necessarily be very different, to the way in which the Allies will then deal with the Russian question — all the more so since they are struggling to admit that it is our war — and to the way in which Russian society will manage to deal with the question of both its responsibility and its guilt.

For I believe that it is indeed the question of fault, in other words of evil, and even of absolute evil, that is at stake here. Many people have rightly recalled the short decisive text by Karl Jaspers, published one year after the end of the war, on German guilt, and considerably discussed since then.

This work of consciousness, therefore, is something that Russian society will have to accomplish. But to do this, it needs instruments that only Russian intellectuals and politicians can offer. Now, the Russian opposition, what I prefer to call dissidence since there is no de facto authorized opposition in Putin’s Russia, does not seem, in its majority, to have taken the measure of this work and to be really prepared for it. Yet it has had twenty-three years to do so.

This work had certainly been undertaken by the great figures that were Anna Politkovskaya, Natalia Estemirova and Boris Nemtsov, all three murdered by the Russian authorities, who had perceived from the beginning what the crimes committed by the regime in Chechnya meant. He had been pursued by Memorial, dissolved by order of Putin, whose members knew that the whitewashing of the past crimes of Stalinism was a way to legitimize those of the Kremlin today. The great current figures, Vladimir Kara-Murza and Ilya Iashin, imprisoned by Moscow, had denounced Putin’s crimes, especially in Ukraine. They knew that the crime told the truth about the regime. But the others? There are certainly some figures who still dare, even in Russia, to protest the new war waged by Putin against the Ukrainian people and its mass crimes. Thus, the French newspaper Le Monde recently reported on the action of Russian feminists who had the courage to install in Russia itself 2,000 memorials in homage to the dead of Mariupol murdered by the Russian soldiers. We can find some other examples and, during the demonstrations against conscription, some Russian women protested against the crimes committed in their name. But all this remains the exception.

One will hardly find also Russians, having fled since February 24, 2022, and even more since the conscription, participating against the Russian war against Ukraine. They are joined by dissidents who have been in exile for a long time. In Russia, fear may be part of the explanation: after all, about 14,000 people have been imprisoned (most of them very shortly) for demonstrating against the war, which is about 1/10,000th of the Russian population, which is both a small number in terms of the war and a large number in terms of the lives that have been broken. 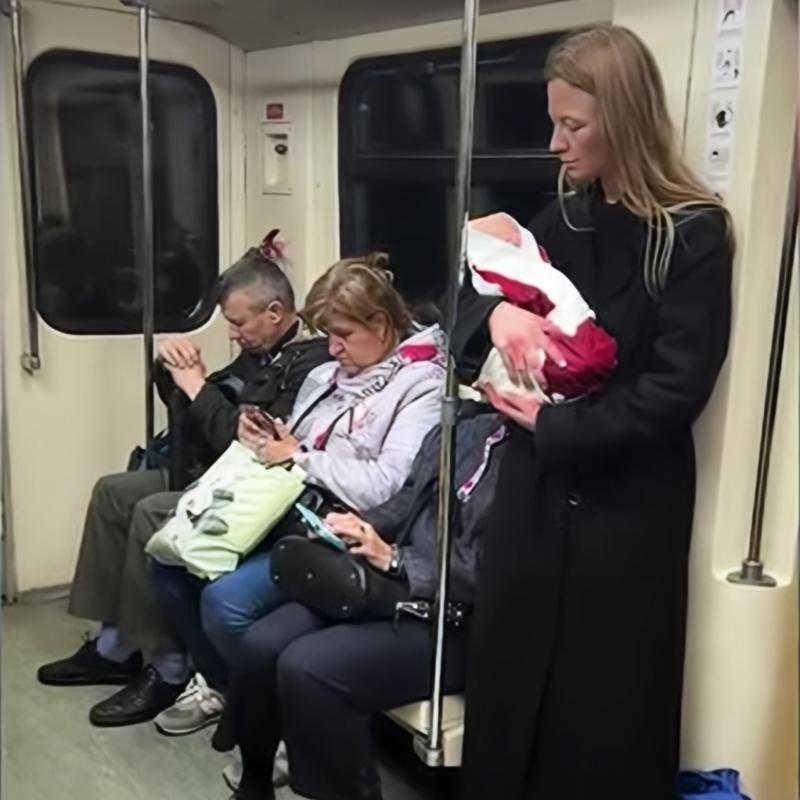 But the discourse of a large part of the opposition does not consist in proclaiming: “Not in my name”. Few of them say a word of forgiveness and indicate their sense of shame for the more than 100,000 Ukrainians killed. Nor did they do so — even less — for the Syrians and for the Georgians, let alone for the Africans murdered by Wagner’s militias. It was quite striking — and shocking — to read Russian intellectuals, sincere and courageous opponents of Putin, who are infinitely respectable in this regard, speak out during the summer against the plans to ban Russian tourists from Europe without saying a single word about what the Ukrainians were going through. Because yes, we have written a hundred times, Russia is a country that is evolving into a form of totalitarianism in the literal sense of the word, a country that is monstrous for its own citizens, a country of oppression ruled by criminals where political crimes are not uncommon — and we must help all dissidents more than ever before, much more than we do. And of course, we must do everything to hasten the end of this regime because internal repression goes hand in hand with external aggression. And yet?

And yet, what the Russians are undergoing today will always be less worse than what the Ukrainians are enduring and still the Syrians, where Russian strikes deliberately target civilians with no defense or place to go. We would therefore like these dissidents, our friends, to have a little more compassion for those who are being murdered in the name of the Russian people and, let us say it without evasion, to also look at what is happening outside their borders — because it is also the struggle of the Ukrainians which, in the end, will contribute more to their freedom than they themselves have ever undertaken. So let them be a little less self-focused and more moderate in their long complaints, however justified, and in their invocation of an eternal “Russian misfortune”, and let them look elsewhere — at the disfigured bodies being exhumed from the mass graves of Ukraine, at the murdered Syrian children, at the tortured and supplicated, at the passers-by murdered with a bullet in their back. For this “Russian misfortune” is first and foremost that which Russia exports to countries that do not belong to it. Putin’s regime is certainly making the misfortune of its people, but it is making the misfortune of others even more.

Let’s say it: one sometimes has the impression that some Russian opponents still consider, by an implicit nationalism, Russia as a bigger country than Ukraine. They still dream of Russia; their thinking is Russian; they would almost like to rehabilitate Russia and are still, probably unconsciously and in spite of themselves, imbued with this idea of a form of Russian exceptionalism, just as some people here imagine a French exceptionalism. However, Ukraine has demonstrated that it is an infinitely greater, more dignified, more inventive nation, and that it has become a model of a nation that Russia will probably never be again. Perhaps this Russian opposition lacks the will to accomplish this work of mourning over Russia itself — a mourning that involves the recognition of a bereaved nation. We wish with you, dear dissident friends, for a free Russia, but this freedom will require forgetting the dreams of grandeur.

It is here that I would like to return to the notion of guilt. Certainly, guilt is first of all individual. The courts will have to judge the guilt of the Russian leaders, including Vladimir Putin, of the heads of the diplomacy and the army, and of the leaders of the units that planned war crimes which, because of their systematic nature, are also crimes against humanity in law. They will have to judge the crime of genocide, which is also legally the deportation of Ukrainian children under the Convention of 9 December 1948 on the Prevention and Punishment of the Crime of Genocide. They will have to judge — this will be the role of a special tribunal that will have to be set up — the crime of aggression decided by the Russian leaders. This is judicial guilt. But there is also a moral, historical and political guilt.

This guilt must permeate the conscience, that is, both the individual conscience of each Russian and a form of common conscience that must form the backbone of the Russian public spirit. Denial of guilt is too convenient. No one will be able to say: “We are not guilty because we have done nothing”. In fact, everyone is guilty because they have done nothing — or always too little. This guilt is not judicial, but it will have to haunt every Russian, just as it has haunted some Germans of generations that have mostly disappeared. I must say that it often haunts me too, because the Western democracies did not act to prevent the Russian state from committing crimes. They closed their eyes and ears so as not to hear the cries of the murdered children. They normalized the crime by letting it happen. We did not want to prevent the crimes in Aleppo, Mariupol, Bucha, Irpin, Izyum and elsewhere. We could have done so — and therefore we should have. So yes, we did warn, and many of us at Desk Russie have done so for so long. Some Russian dissidents have done it too in large part. But we can legitimately feel guilty for not having succeeded. Personally, I do not exempt myself from this fault.

If Russia is to have a future, it will require this work, which will undoubtedly be long. In concrete terms, it will require a radical change in the education system, the establishment of institutions, the recreation, if possible, of an intellectual scene that propagates this awareness of crime and, quite simply, the telling of the truth. But such a process must begin now and the Russian opposition must carry it forward. One day, perhaps, a Russian leader will make a speech similar to that of Richard von Weizsäcker, or will use the words of Karl Jaspers in similar terms, or will kneel before a memorial to the Ukrainian, Syrian and Georgian victims of Russia, or will make a speech to them similar to that of French President Jacques Chirac at the Vel-d’Hiv1, recognizing that the Russian state “committed the irreparable”. Until that day comes, Russia will not be free. Without this look at its long past, it will be deprived of any future.

In no Russian regime has propaganda held such a large place as it does in the Putin regime. Propaganda was very visible…