Drone footage shows long queues of vehicles on the way to exit Russia on its border with Georgia, in Verkhny Lars, Russia, September 26, 2022, in this still image obtained from a video. The Insider/Handout via REUTERS 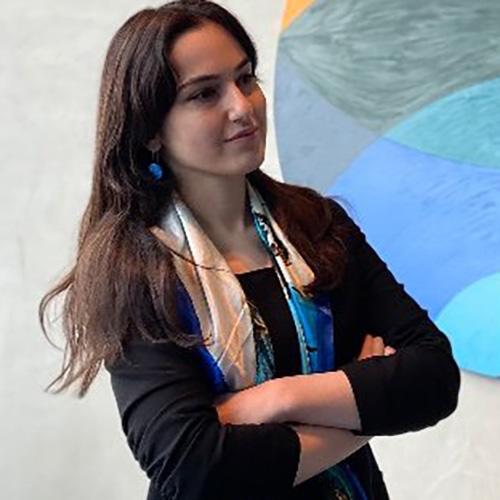 Since the Russian invasion of Ukraine, nearly 700,000 Russians are believed to have fled their country — in opposition to the war, because of Western sanctions that deprive them of work, for fear of being drafted. At least half of these people have settled in Kazakhstan, Georgia and Armenia. But what impact is this massive arrival having on these host countries? The young Georgian activist explains what is happening in her homeland.

Relations between Russia and Georgia have always been tense. In the 1990s, Russia backed separatist wars in Georgia; in 2008, Russia invaded its rapidly modernizing neighbor in what became a rehearsal for the war in Ukraine that the West largely failed to address. Currently, Russia still occupies 20% of Georgia’s territory. Yet, while Georgians have to go through the strictest Russian visa procedure, Georgia has a visa-free regime for Russian citizens. This ease of access has made Georgia one of the few options for Russians to flee to. In the Spring, tens of thousands of Russians arrived in Georgia for a long-term stay, followed by hundreds of thousands of Russians in the summer season. At some point in August, the overall number of Russians in Georgia stood at 300,000. The demographic, national security, and social issues such as skyrocketing rent prices or murky Russian business registration have made an overwhelming majority of Georgian citizens existentially anxious about this Russian influx. The country has a rapidly declining population of around 3.6 million. Just in 2021, 100,000 people left Georgia due to economic hardships and political deadlock. Perhaps most importantly, though, the Georgian public has by now lost all trust in the ability or even willingness of the Georgian government to filter incoming Russians. During the initial months of the war in Ukraine, the public and the majority of the opposition requested the imposition of a visa regime for Russian citizens, but the government called the demand “xenophobic”. They welcomed all Russians, whether genuine tourists or immigrants, as tourists who had a lot of money to spend in Georgia. The Georgian Dream government also has a track record of refusing entry to real Russian dissidents, and they have not revealed a single Russian spy in the 10 years of their governance. The feeling of insecurity and absence of governmental protection of national interests has contributed greatly to the negative public sentiments.

Public anxiety culminated in late September 2022, when the Georgian public saw the pictures of the 16-kilometer-long Russian car rows trying to enter Georgia. Even beyond the security issues, the humanitarian situation on the Russian side of the border has been dire as the completely unprepared people had to wait for days without proper food or clothing. Unlike the Spring wave of Russian citizens, there is also no guarantee that the currently incoming people are well off financially, especially since there are reports from Kazakhstan that newly arrived Russians sleep in the halls of movie theatres. Despite this, the Georgian government still pretends the immigrants who might soon have to be accommodated with the help of international donors are tourists who will make Georgia rich. They have also sworn that all public worries are unfounded and that the government has everything under control. Some Georgian Dream representatives have even expressed amazement at why the Russian inflow has suddenly become a problem when there have always been Russian tourists in the country. Others have stated that the beauty of Georgia has always attracted huge rows of cars at the Russian border.

The response from the opposition to the September influx has been quite similar in essence but varying in methodology. Essentially, anyone from the least cooperative opposition parties to those who are sometimes even seen as governmental satellites has expressed discontent about the country allowing tens of thousands of Russians into the country and expressed no trust in the government’s ability or willingness to apply proper security measures to them. The largest opposition party, United National Movement, has stated that Russians should be required to pay a special “occupation tax” of about €300 that would be transferred to Georgian IDPs (Internally Displaced Persons from the Occupied Regions of Georgia). Representatives of Strategy Builder have called the influx a “tankless annexation of Georgia.”

Amid calls from the population to physically close the border if necessary, the Droa party held a demonstration near the border for the Russians to see pro-Ukraine banners and printed information on why they are not welcome in Georgia. It is worth noting that the police physically shielded the incoming Russians from seeing the banners, prompting outrage on social media. Droa believes that unlike Germany, the US, or other Western countries, Georgia is occupied by Russia, has a government that would not filter the citizens of the occupier state, and has no demographic or financial means to absorb the inflow. It is, indeed, no coincidence that states neighboring Russia such as the Baltics or Poland, have banned Russians from entering their countries altogether. A Georgian fighter in Ukraine, Tornike Goguadze, leads an independent campaign demanding the border should be closed.

Protest organized near the Georgian-Russian border by the Droa party.

It is noteworthy that the opposition does not address the government with demands anymore, neither about the control of the Russian influx nor about the necessity for Georgia to apply for NATO membership following the Ukrainian decision to do so. There is a consensus in society that things will begin to get better only when the government changes, but due to various constraints, including the inability of many opposition parties to cooperate around a single goal, the Georgian Dream government is still in place.

On the other hand, there are some public influencers and a smaller part of the population who rather welcome the Russians for humanist and practical purposes: they believe that the more people leave Russia, the less there are left to be drafted against Ukraine. However, Russia’s decision not to close the border suggests that Putin is actually getting rid of potential street protesters instead and that he is still able to randomly draft men from the remaining population. As for the humanist argument, infiltration and other above-mentioned concerns remain more acute for the majority of people.

Another issue for Georgia is the high probability that the population of Abkhazia and South Ossetia, the occupied territories of Georgia, will be drafted by Russia to fight in Ukraine. Most residents of the territories are Russian citizens, even if many have been victims of Russia’s “forced passportization” policy. It is unknown how the Georgian government, positioning itself as the sole guarantor of peace in Georgia, would respond to this challenge. Would the government accommodate all those who flee Russian mobilization from the occupied territories of Georgia?