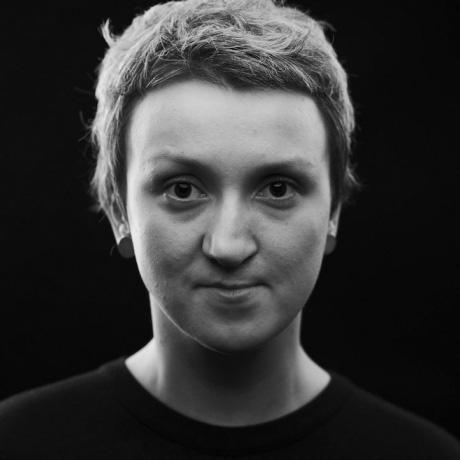 In this piece, Ukrainian art critic Daria Badior discusses a very important issue. Is it possible to build a career in the arts in Russia and not be involved in building a totalitarian state? Does one have to pay a high price for success and access to resources in the Russian empire? To answer these questions, Badior analyzes the public stance of Ukrainian film director Serguei Loznitsa.

After the full-scale Russian invasion of Ukraine started in February, a new discussion came up in cultural and intellectual circles: how to reconsider Russian culture and rethink its influence. Some Ukrainian artists and culturemakers demanded a total boycott of Russian arts and intellectual representation in the West until the war is over and Ukraine regains its territorial entity; some emphasize the critical rethinking of Russian culture and its dominant imperial narratives. But, of course, to win the argument, Russian intellectuals and westerners who sympathize with them take into account the former only as it is easier to oppose.

So did Sergey Loznitsa in his recent speech in Cannes, when he received an award from public radio channel France Culture.

“Culture is a life’s work for all of us, and today we all are on the frontline,” he said. “On one side, there are those who demand a ban on Russian cinema and the cancellation of Russian culture. On the other side — those who are against it.”

Loznitsa’s speech was built around criticizing calls for the cancellation of Russian culture. In a bid to get people to feel sorry for him, he started with complaints about some “organizations supporting Ukrainian cinema” that presumably asked the Cannes Festival to take down his new film from the program. Yet, he did not name those organizations.

When talking about “activists” who demand to cancel screenings of Loznitsa’s films “in the democratic European Union,” there is no doubt that he meant the Univerciné film festival planned in March in Nantes with the logline “Between Lviv and the Ural.” With this insensitive imperial message marking a somehow unified territory from war-torn Ukraine’s western borders to the Ural, where the European part of Russia ends, the festival planned to show Donbas (2018) and In the Fog (2012), but, following critical reviews and numerous letters to the team, this was canceled.

Sergey Loznitsa continues: “The events of the last months and the aggression toward cultural institutions, museums, theaters, cinemas, galleries, authors, directors, actors, conductors, artists and musicians demand a serious conversation and reflection. We need to understand: what’s happening? Who needs that?”

When hearing such an emotional speech from a Ukrainian film director, one might expect that the institutions and authors he mentioned are those who are suffering at the hands of the Russian army or fighting against it. By the time Loznitsa delivered his speech, many Ukrainian authors were already on the frontline, numerous Ukrainian heritage objects had been looted from the occupied territories, and precious collections, museums, and buildings had been destroyed by Russian bombs. Yet, Loznitsa talked about Russian museums and artists, whose international brilliance was suddenly put on hold.

Russian culture is synonymous with Russian-language culture in Loznitsa’s speech, revealing his imperialistic views: “Language is one of the most important and fundamental categories of culture. To demand a ban on culture means to demand a ban on language.” He claims that Ukrainian “activists” are trying to destroy the Russian language on Ukrainian territory. The claim, similar to the one voiced by Vladimir Putin when he justified the war against Ukraine, has no ground. When Ukrainians talk about “cancellation” or reconsideration of Russian culture, they don’t talk about the Russian language in Ukraine. Moreover, the debate is whether it is necessary to establish a Russian studies institute in Ukraine and codify the Ukrainian version of the Russian language, reappropriating and decolonizing it. Meanwhile, Loznitsa, unaware of public discussions in his homeland, is bringing up the Putin propaganda argument in his favor.

“How can you equal the crimes committed by the Russian regime with the pieces created by the Russian authors who were often outcasts and almost every time tragic prophets in their miserable homeland; the pieces that became part of the world culture and the property of humanity?” Loznitsa asks, adding that Russian culture always was against barbarity. The latest claim was voiced by Russian film director Kirill Serebrennikov at the Cannes press conference, where he also voiced his support for the families of Russian soldiers who invaded Ukraine and asked for sanctions on Russia’s Roman Abramovich, the tycoon who sponsored his film, to be lifted.

The desired disconnection between “Russian culture” and the war crimes committed by the Russian army in Ukraine is a popular stance. “Culture is beyond politics” is a phrase for people refusing to look at Western culture’s imperialism, racism, and misogyny. They view culture as something from outer space, brought to us by talented people and their sparkles of genius. According to such a stance, culture enjoys a status quo as the “property of all humanity” and it should not be disturbed, even if the larger part of humanity do not recognise themselves in this culture’s heroes, narratives and conflicts, and for centuries were not allowed to take part in its creation.

“Culture means human activity in its various forms. It means rituals and practices of our life, forms, and ways of human self-knowledge and self-expression. It means memory and practices of its saving and reproduction. Finally, culture means cultivating and development,” says Loznitsa, and this is something we cannot disagree with. But why does he talk only about “authors” and their art then? He talks about Mozart and Wagner, Goethe and Dante, but doesn’t mention anything about means of production, cultural infrastructures, and financing systems, especially in a regime such as Russia. Is it possible to build a career in the arts in Russia and not be involved in building a totalitarian state? Does one have to pay a high price for success and access to resources in the Russian empire?

With all his one-sided criticism of Ukrainians, Loznitsa doesn’t suggest reflecting on Russian culture’s centuries-old failure to build a society that doesn’t start a war with mass killings of civilians and looting their cultural heritage. Why?

Until recent times, Sergey Loznitsa was an important figure in Ukrainian cinema. It was a mutually beneficial situation: he received a fashionable Ukrainian identity, while his cinema helped Europeans understand the Russian war against Ukraine that started in 2014.

Although the funding system of Ukrainian cinema was reformed before 2014, the Revolution of Dignity was the impulse that gave it a new momentum. The state began to spend more on making art feature and documentary films, which led to a new generation of Ukrainian filmmakers. Sergey Loznitsa wasn’t one of them but benefitted massively from being Ukrainian, condemning the Russian occupation of Crimea, and making films to explain the anthropological pretext of Russian aggression.

His mathematically calculated films lacked empathy but provided a distant point of view on crowds of people: during the trials of the 1930s, Stalin’s funeral in 1953, or events on the main square in Kyiv in 2014. In his earlier interviews, Loznitsa analyzed the refusal of Russians to take responsibility for the crimes of the Soviet regime: “Donbas, Ossetia, Crimea are relapses of the Stalin era. Let’s dig into this era more thoroughly. It’s important to understand that something can be used to incite people against one another. …People should understand that they are responsible, too: it wasn’t brought by one man, who we damn and cry upon his victims. People are responsible for their actions.” Why doesn’t he apply these reflections to the current Russian atrocities and war crimes in Ukraine?

In 2018, Loznitsa’s method broke down. The feature film Donbas, based on the existing YouTube videos of the atrocities and absurdism taking place in the region since 2014, premiered in Cannes’ Un Certain Regard. Loznitsa even received the best director prize. But something was wrong: the director’s lack of empathy and lack of understanding of the imperial context of “Donbas” mythology let him down. As sarcastic as it was (sometimes Donbas is even labeled a comedy), the film exposed the dehumanization of the region and thus provided a contemptuous colonial point of view. Meanwhile, in Ukraine, discussions were already taking place on what Ukraine did wrong with Donbas, what the cultural background of the Donetsk and Luhansk regions was, and how we should all reconsider our attitude toward this deeply mythologized territory.

Sergey Loznitsa was not part of this conversation because he had been living in Berlin for many years and watched Ukraine from his laptop screen or during short visits to film festivals.

So when the significant discussion about the new Baby Yar Holocaust Memorial Center (BYHMC) art director, Ilya Khrzhanovsky, started in 2020, Loznitsa, as can be understood from his arguments, didn’t quite understand what the fuss was about. He condemned Ukrainian intellectuals for criticizing and questioning Khrzhanovsky, whose unethical and manipulative DAU project was already stirring after the premiere at Berlinale. Later, Loznitsa collaborated with the BYHMC (funded mainly by Russian businessmen Mikhail Fridman and German Khan, now sanctioned by the West due to the full-scale war in Ukraine), and it was Ilya Khrzhanovsky who produced his Baby Yar. Context documentary in 2021.

Though being a significant part of the controversial commemoration project funded by Russians and accusing Ukrainian intellectuals of “inhumanity” for decolonization attempts, Loznitsa is nevertheless treated as the main voice of Ukrainian cinema and culture in France.

“People often ask me what an artist should do during a war. My answer is simple: maintain a common sense and protect culture,” he concluded in his Cannes speech. Sergey Loznitsa chooses to protect a very particular culture. The one whose flag is currently soaked in blood.