The author has just returned from a trip to Ukraine with a delegation from the European Parliament and the French Senate. In this paper, he delivers a moving and precise testimony. Despite the fighting, Ukraine is preparing for its European future. Not only it deserves it, but it would be a tremendous asset for Europe itself.

There are some travels to the future, journeys taking us to lands, where suddenly, we can find some inspiration no longer belonging to the country we are living in. Travels, per say, to countries possibly forging the matrix to guide our thoughts and projects for the present times of our societies. It was the case of my brief stay in Ukraine from April 20 to 22, 2022. What I have experienced there is a sort of lab for democracy inspiring us deeply, further more than solidarity to the Ukrainian people, going far beyond listening to the stories of massacres: defying reason, breaking out our senses to the common understanding.

The paradox is only apparent: Ukraine is at the same time a country that lives the most dramatic present that can be — the criminal war of the Russian regime aiming at the physical destruction of the country and the Ukrainian people — and a nation entirely turned towards the future. Talking with the mayor of Lviv, Andriy Sadovyi, the mayor of Kyiv, Vitaliy Klychko and the mayor of the martyred city of Bucha, Anatoly Fedoruk, we discovered people who are not only incredibly courageous and strong-minded, but also fully focused on the future. Do not expect complaints and recriminations from them, even if they all rightly expect even stronger support from Western countries in the defense of Ukraine and commitment to push Russian forces out of Ukraine. Instead, you will hear from them about multiple projects for a free and European Ukraine.

During a moving ceremony in Bucha, where hundreds of Ukrainians were deliberately murdered by Russian forces, the members of the delegation of European and French parliamentarians and myself, together with children from the town, planted trees that were already beginning to bud. The symbol was clear: tomorrow, to quote the Song of the Moor Soldiers (Moorsoldatenlied), spring will bloom again — or to use the English words, winter will not last forever. In his speech, the mayor of Bucha indicated two things in particular: First, it is necessary to prepare the relay between the generations through the transmitted memory of the crimes. This bloody thread bridges the gap between the past and the future, as René Char wrote. It constitutes the foundation of the liberation from this heavy present. This transmission of the memory ultimately authorizes to create a free community aware of its duties. Then, he indicated that our fights, but also our projects for the future of Ukraine, we owe it precisely to these children. They deserve a future of freedom within the political community founded on values and on rules that is by excellence Europe. The war makes the future even more urgent. What an antinomy also with an aggressive regime that has precisely the “no future” for horizon. 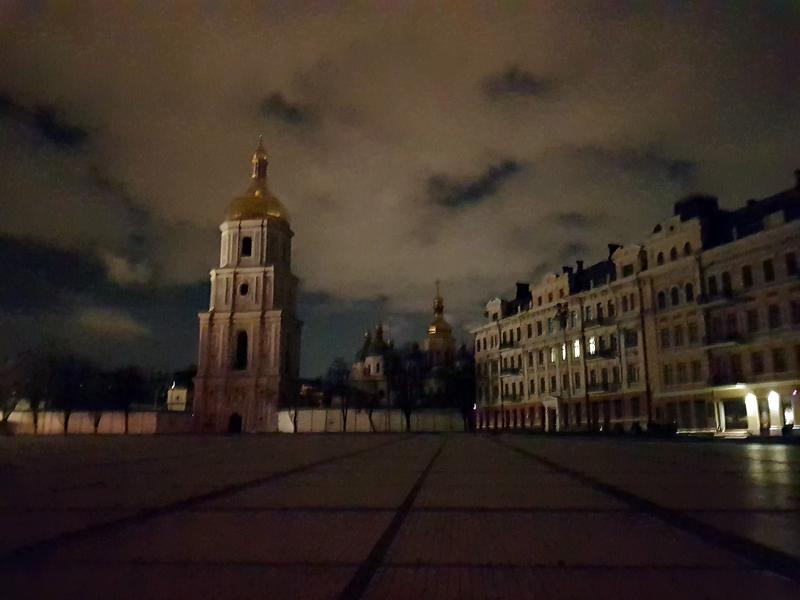 But it would be wrong to think that Europe is only “expected” or “demanded”. The Ukrainian officials we met are not asking for a gift, even if its support is hoped for. We are thinking in particular of what the mayor of Lviv mentioned when he presented us with his project for a model health care center to “repair” the mutilated people of the war — so often, tragically, the “broken faces” of whom we were able to see some painful images. They are already building Europe. Everything in the words, projects and actions of the Ukrainians breathes the scent of Europe. It is not an ideology, but a set of concrete achievements that combine ideals and responsibility, good management and commitment to citizens. When you hear Ukrainians talking about what they want to achieve, you can see what Western Europe has largely forgotten: Europe is also a practical idea.

For those who, like me, have often been in Ukraine for the last fifteen years, the evolution is considerable and visible; despite the war, electricity works as well as the telephone; trains run; water flows in the pipes; the country is supplied with food and various goods; there are no queues at the gas stations. In Lviv, which has had to cope with the arrival of floods of refugees, they are fed and housed. All the testimonies and studies converge on this point: the Russian disorganization, the effects of which we saw again during the new offensive against Ukraine, is opposed by the perfect Ukrainian organization. The state has never lost — on the contrary — its power of control, organization and management; local governments, mainly municipalities whose power has increased since 2014 and even more since the promulgation of the state of war, are the basic place for the functions of security, protection and logistics. States, municipalities and recognized — and controlled — associations operate hand in hand. One could also mention the advanced capabilities of the Ukrainian services in the field of countering cyber attacks and of course the exceptional performance of the logistical services that allow for the delivery of relief supplies and weapons to the combat zones. As I write these lines, despite the announcement made several times by the Russian authorities, Mariupol has still not fallen.

In sum, the war clearly shows that Ukraine was prepared to face a heavy and long conflict, even though it did not seem to expect it a few days before February 24, 2022. With the war, it has further increased its capabilities, which also draw on the extraordinary strength of national unity. In a different context, it is possible to make a comparison with the Syrian relief organizations and teams of doctors who, in the face of mass murder and destruction by the Assad regime and Russia, have shown exceptional ability in organizing relief and have made considerable progress in war medicine. In fact, they offered assistance to the Ukrainians and a true “brotherhood” was created between the heroes of these two martyred nations. Once the war is over, European countries, including their central and local governments, will have to look to Ukraine for lessons that could provide the most needed inspiration at home. Ukraine will not be an assisted nation — although it will certainly need a Marshall Plan to rebuild — but a driving and exemplary one. 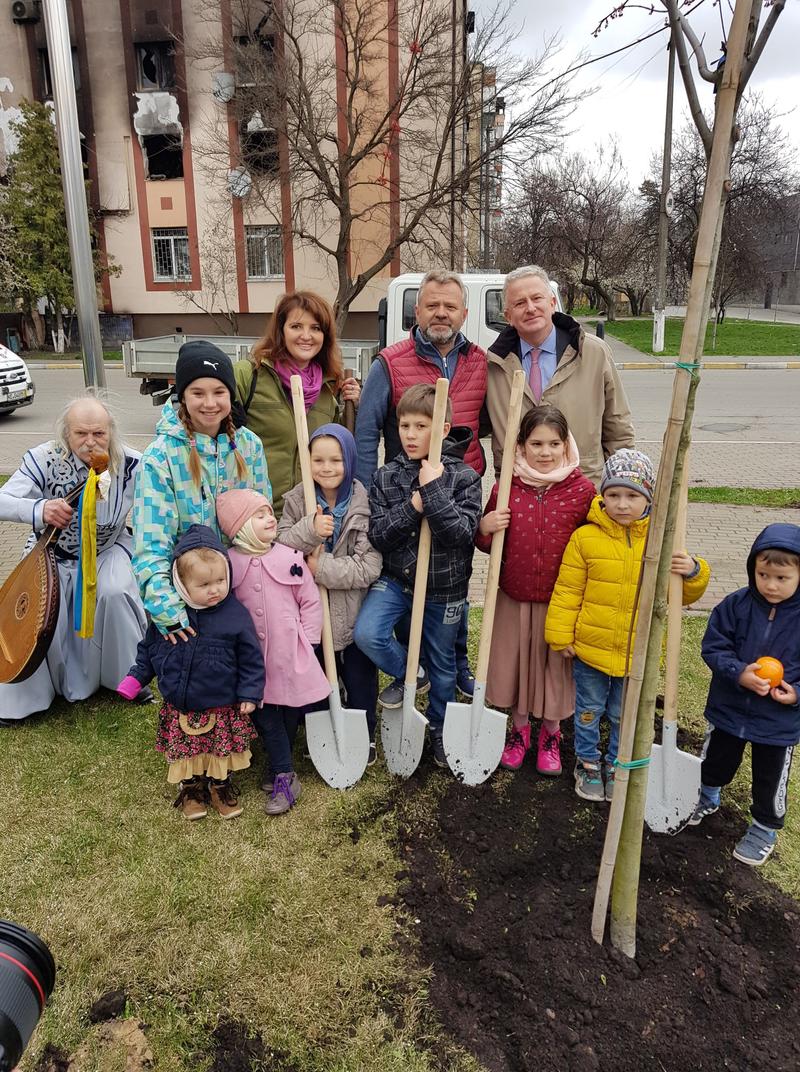 With the mayor of Kyiv, we have precisely inaugurated a place, still virtual, “We Europe”, a place of intellectual and practical exchanges between European nations, including Ukraine. We should learn a lot there, beyond the administrative work that awaits Ukraine to take over the acquis in the coming years. Of course, we owe it to the Ukrainians, because of their fight alone for the defense of Europe and the dozens of thousands they have lost in it, to grant Ukraine the status of a candidate country immediately. Any procrastination would not only be undignified and shameful, but would also reflect a strategic blindness.

But this is precisely not the kind of gift one might give to a needy friend. It will be a tremendous asset for the European Union, both economically, politically and in terms of security. Without Ukraine, Europe will be poorer and more insecure. Without Ukraine, Europe would cut its ties with the future. It would finally deprive itself of a part of the memory that should inspire and fertilize it.

These are not just words, but a tangible reality when we also look at the trajectory of certain European countries towards the destruction of their own memory. Ukraine will certainly allow us to better think about our own. While in many nations of the European Union, the bonds of solidarity are disintegrating or distending, Ukrainian society has shown what it means day after day. It has also demonstrated that this solidarity between people is not in opposition to the strength of the state, but rather supports and empowers it.

It has often been said, and rightly so, that it is precisely this model of freedom and success that Putin’s regime wants to destroy. In fact, it presents the opposite image of what Putin’s Russia is and what it has done to its people. In this, too, regardless of the Kremlin’s war against Europe and all of us, it is the European success story that he intends to destroy in Ukraine. The fact that Ukraine has carried out its own revolution, of which Maidan has become the symbol, is unbearable for him, not only because it was a political revolution, but also because it was a revolution within Ukrainian society that he wants to prevent in Russia.

But the reality of the war is there — with its tens of thousands of victims. How many more tomorrow if we do not intervene decisively? Beyond these mass murders, the Russian state has deported more than 1,000,000 people to Russia, including more than 180,000 children as Russian officials have themselves acknowledged. It may well amount to a crime of genocide as defined by the 1948 Convention on the Prevention and Punishment of the Crime of Genocide.

We also know only too well what Putin is looking for by considering a long war: to prevent Ukraine from developing and from returning to the path of life, to hinder it in its European future and to deprive it of the right of a free and historical existence. He hopes that one day the West will get tired and abandon the Donbass and Crimea, seek an agreement, imagine ways of negotiating and not be serious in their promise to guarantee Ukraine’s sovereignty and territorial integrity. For the inhabitants of Donbass in particular, no one can ignore what this means: more summary executions, more torture, more abuses of any kind. We can also hear the sweet music of the propagandists who already believe that we must give in to the fallacious and misleading pretext that we must save victims. Putin’s “peace” doesn’t save, but actually kills. Ukrainians do not want to hear about it, nor should Europeans.

The only way to save them is precisely to put an end to the presence of Russian troops on Ukrainian soil. In the face of Putin’s war, this must be our war goal, for the Ukrainians and for Europe.

The Russian president is unable to learn from his mistakes, or even admit that he is not infallible.

Faced with the now massive war launched by Putin against Ukraine, it would be disastrous to give the head of the Kremlin…