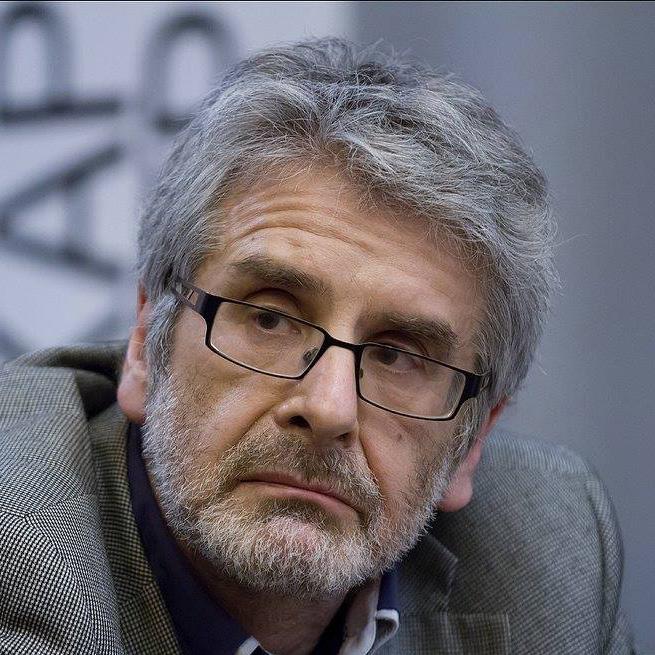 The answer is obvious, even if it saddens many. Russian patriotism is such that even those who do not support the Kremlin regime are not ready to recognize the imperial nature of the present Russian state. Even those who consider the present Russian government unjust, incompetent or simply dangerous believe in the survival of the Russian Federation with its present borders. Even people like me, who wish Ukraine a military victory and the Russian rulers an international trial, are not ready to admit that this will consequently lead to the end of the country itself.

By losing territories and part of its population, Russia has already gone through several stages of reincarnation: the Russian Empire, the Soviet Union, and the Russian Federation. This testifies to its historical instability and the inevitability of more metamorphoses to come.

Collapse has long been feared and predicted. A promise was made to avoid it. It could have been slowed down by taking advantage of the favorable economic situation, by relying on a competent government, a skillful diplomatic game or simply by counting on luck. The ruling party, though considered null and void, had nevertheless managed to choose a name that reflected its deep fear of disintegration as well as its lack of other values: “United Russia”. On the international scene, Russia’s partners, who far outdo it in terms of power, did not want this disintegration. Some were grateful to the Federation for ending a dangerous and costly Cold War. Others simply resented the changes, whatever they might be, fearing those more than war itself. The collapse that threatens the Federation will not happen because of foreign peoples or governments, but against their will and in contradiction with their projections. It is likely that it will also happen against the will of the Russian population: such problems are not usually solved by voting.

For a long time, two decades, nothing really significant happened in Russia. As they said in the 19th century, political life had been successfully frozen. Everything changed with the second Russian-Ukrainian war, a war that should never have been started by supporters of the idea of a united Russia. For those who are concerned about the preservation of the Federation, the moment of truth has come.

The era of empires is long gone. The empires of the past collapsed after wars and uprisings and gave birth to a multitude of nation-states that emerged on the ruins of their former colonies. Polish-British writer Joseph Conrad held that there was not a single piece of land in the world that had not been colonized. England, a former Roman colony, became the metropolis of a new empire. Poland, the center of gravity in Eastern Europe, was divided by three hostile states. East Prussia, a former metropolis and the place of royal coronations, became a colony. Earlier, much the same thing had happened to the land of the Tatars. History unfolds without any rules. Empires rise and fall, like waves on a stormy sea. That said, almost all empires disappeared in the 20th century, in a process that has been called “decolonization”. In competition with other forms of political life, empires were defeated by other types of the state: national and federal. Contemporary Russia, a nation-state, calls itself a federation, like Germany or Switzerland, when in fact it is behaving like an empire in its hour of decline.

What is the difference between a federation and an empire? Federation is defined by free entrance and exit of its members. Empires are maintained by force, while federations do not oppose their self-dissolution. In the early 20th century, this was called “the right to self-determination, including secession”. This principle was enshrined in the Declaration of the Rights of the Peoples of Russia, adopted by the Bolsheviks in November 1917. Later, it disappeared from constitutional texts. Some “composite” federations have disintegrated without the use of force. This is the case of the Soviet Union and Czechoslovakia. But other cases of disintegration caused civil wars with international interference. This happened earlier in the United States, and it happened before our eyes in Yugoslavia: the forces were unequal and one party imposed its will on the other. In still other cases, the disintegration was peaceful but wounded pride and aborted ambitions led to deferred violence. This is called revanchism, and it paves the way to a new war.

I am not calling for the collapse of the Russian Federation — I am predicting it, and that makes a difference. Again, the disintegration could have been avoided, it would have been enough not to start a war with Ukraine. But revanchism was stronger than caution. The collapse of this Federation, a complex, artificial, highly unequal and increasingly unproductive community, will take place because of its leaders in Moscow, and only because of them. Those who love the Federation; those who think that if it were to disappear, the peoples would be worse off than in it; those who see the idea of a united Russia as the main and even the only political value — all should blame those and only those who started this war.

How many parts will the Federation break up into, and will these parts correspond to the present delimitations of the republics and provinces that make up the Federation? In each case, people will decide. At the local level, the existing institutions, leaders and borders will have a role to play in the implementation of the “right to self-determination, including secession”. But there are many other determining factors: economic and cultural, domestic and international. The new states will be diverse: some will be democratic, others authoritarian. All will be linked more to their neighbors, their trading and security partners, than to their old, worn-out and repulsive “kin”. The territories that belonged to other national entities before becoming part of Russia after the Second World War (East Prussia, parts of Karelia, the Kuril Islands) will leave the Federation with undisguised pleasure: they will know who to connect with. Ethnic and religious tensions in particularly complex regions such as the Caucasus may lead to new wars. With the collapse of the Federation, social inequalities, a hallmark of Russia in recent decades, will increase further. The provinces producing raw materials will be richer, and other regions will be poorer. Enjoying freedom, their people will show new creativity. They will start trading in what only free societies can create. They will invent their comparative advantages, new and unique.

History will continue. Sooner or later the international community, which does not like upheavals, will take note of the changes and make an effort to avoid bloodshed. At this point a peace conference will be held, modeled after the Paris conference of 1918-1919, organized by the victors of the First World War. Russia, which had signed a separate peace agreement in Brest-Litovsk, was not invited. The Civil War in Russia continued, a tyranny was consolidating there, and the Paris Peace Conference left it all untouched. In the new peace treaty, the former neighbors of the new countries will mediate their negotiations: Ukraine, China, Norway, Poland, Finland, Kazakhstan, and others. Historically more successful federations, such as the European Union and the United States, will have their part to play. A new Eurasian Treaty will complete the work begun at Versailles a century ago.