A French Rafale fighter prepares to launch on a Combat Air Patrol mission over Poland on March 4 2022. Photo: nato.int 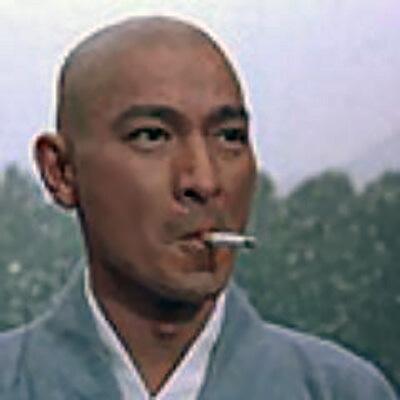 We have to fight Putin today. We must do everything to protect Ukraine, including, if necessary, entering into direct military conflict with Russia. Today he’s shocked and disoriented. His plans for a blitzkrieg are busted. His army is in a terrible state. His generals, his spies and his ministers have been lying to him the entire time. He can’t be sure about anything at all. If we give Putin time to recover, in a year, two or three he’ll be able to do us more harm than now.

On Wednesday, March 16, 2022 a Russian airstrike hit the theater building in Mariupol that served as a shelter for hundreds of civilians. A satellite image from March 14, 2022 shows the word ДЕТИ (children) in huge letters written on the ground in front of the theater and behind it. It didn’t stop the Russian pilots. Rescuers could not immediately reach the theater because Russians kept shelling it. In the next couple of days around 130 survivors emerged. The number of casualties is still unknown but there are hundreds.

Shortly after the shelling, the White House once again refused to introduce a no-fly zone over Ukraine. Jen Psaki said: “We are not interested in getting into World War III.”

Everyone who’s read Putin’s recent articles, everyone who’s watched his speeches, everyone who’s followed him since at least 2007 should know that although Putin hates the very idea of Ukrainian independence and nationhood, his biggest grievance is not Ukraine. Ukraine, in his opinion, is only a puppet of Russia’s main enemies: NATO and the USA.

Putin’s long-term goals are quite clear from his pre-war ultimatum, where Russians demand to return NATO’s military infrastructure to its 1997 state. It means that NATO should withdraw from all former Soviet satellite states: Poland, the Czech Republic, Lithuania, Romania, etc.

Why 1997, if the first three former Communist states, Poland, the Czech Republic, and Hungary, were accepted into NATO in 1999? Most likely because of two things:

First, in May 1997 at the Paris NATO summit, Russia and NATO signed the Russia-NATO Founding Act containing the words “The member States of NATO reiterate that they have no intention, no plan and no reason to deploy nuclear weapons on the territory of new members.” In this document, Russia implicitly agreed to the future enlargement of NATO.

Two months later, in July 1997 at the NATO summit in Madrid, the second one that year, three Eastern European countries received formal invitations to join the alliance.

“Return to 1997” wouldn’t make any practical sense if Russia were really afraid of NATO’s Eastern European structures. But it’s highly symbolic. Putin wants to turn back the clock and undo the NATO membership of Russia’s former satellites.

As early as in 2005, Putin called the dissolution of the USSR “the biggest geopolitical disaster of the century.” After February 24, 2022, it’s quite obvious to everyone that he wants his USSR back. But getting back the USSR doesn’t just mean incorporating Ukraine, Belarus, Kazakhstan, and the Baltic states into Mother Russia. It also means getting back the USSR’s sphere of influence. It means severing Poland’s or Romania’s ties to the West and bringing them to heel.

As is obvious from both his words and his actions, Putin sees himself as a new Peter the Great. Gorbachev and Yeltsin lost Russian lands, and he’s going to make Russia great again, just as great as it was in 1984 or 1913, or maybe even greater. When he’s finished with getting back everything that was lost by his predecessors, he may try to go further and achieve something that has never been achieved by any previous Russian ruler, that is, take down the greatest Russian foe of all times as he sees it, the United States of America. Here he would need a helping hand from China, but he seems to be pretty sure that China will extend it at the right time.

But we don’t need to concern ourselves with Putin’s craving for world domination. Not yet, it is too farfetched. There’s a more pressing headache: if we let Putin win in Ukraine, his next targets will be Lithuania, Latvia, and Estonia, small countries that are much harder to defend.

We may tell ourselves that Putin won’t dare. The Baltic countries are NATO members. There’s Article 5. Putin would be afraid to start a nuclear war. But would he? 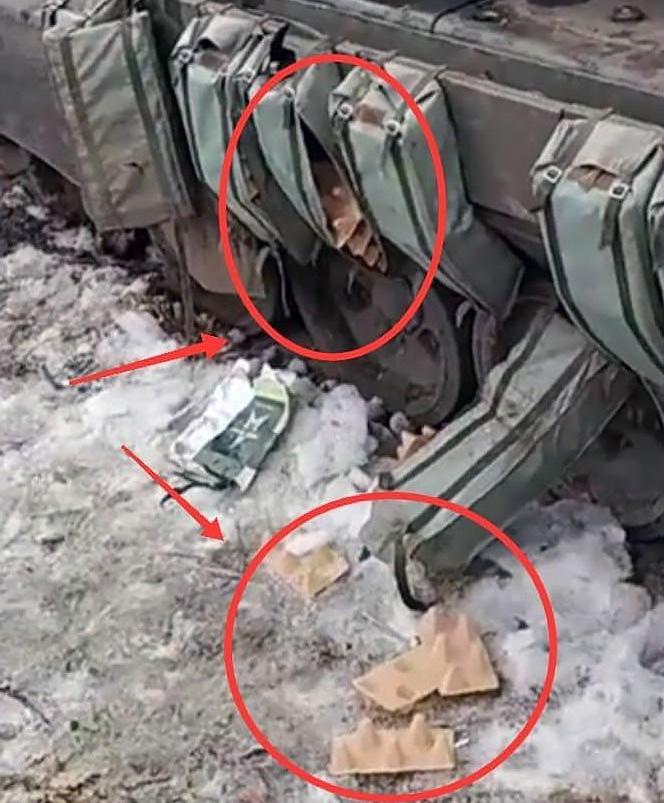 To be afraid of a nuclear war one has to believe that the threat is real. In the past weeks we gave Putin every reason to think that it’s not. Biden, Stoltenberg, other American and European leaders repeatedly told us that they will do everything possible to avoid World War III. Everything possible includes surrender. After the barrage of such statements Putin has every reason to believe that we won’t risk entering into a nuclear conflict and if he or his officers — as they’re doing right now — threaten the West with a nuclear strike, the West would be too frightened to give Lithuanians and Estonians efficient military support. He has every reason to believe that our support for Latvia, and then of Poland and Romania will be largely symbolic. We’re signaling this to him every day.

If, as dozens of Western politicians and analysts are saying, we should do everything to avoid World War III, he doesn’t even need to use tanks. He can take us with his bare hands, just by saying that if we resist he will nuke us.

The only reason that Ukraine is not yet occupied is that Ukrainians are not afraid of World War III and Putin’s nukes. His magic doesn’t work on them.

But it’s working on us. That’s why if he wins in Ukraine, he will proceed to occupy a NATO member. It’s very bad news, but we don’t have a choice whether to fight World War III against him or not.

The only choice we have is when we’ll fight it: now or later.

Most people say later. At first glance it seems logical: the West is suffocating Russia with unprecedented sanctions, we’ll stop buying their oil and gas, we’ll leave them without high-tech equipment, with every new year they’ll become weaker and weaker and in three or four years there won’t be anyone left to fight: both Putin’s economy and Putin’s army will crumble.

It sounds so good. Unfortunately, it’s an illusion.

To intimidate NATO, Putin doesn’t need precise weaponry. He needs nukes. Lots of nukes. The more the better. And if we give him time, he’ll use it to build them. To build a lot of nukes he doesn’t need any high-tech equipment: the USSR had built enough nukes in the 1970s and nukes of this type would be as scary now as they were then.

But even though he won’t need high-tech equipment he will have it. Even Brezhnev managed to get some, defying Western sanctions. For Putin, it will be much easier because Putin has something that Brezhnev did not: a powerful, modern China that would help him get the things he needs. It’s a huge hole in sanctions that can’t be completely closed however hard we try.

If Kim Jong-un manages to get nukes and ballistic missiles, Putin will manage it too, on a much greater scale.

You can say that we won’t be idle either. Most NATO countries do not respect their 2% military spending commitment. After February 24, 2022 they surely will.

Maybe they will, maybe they won’t. The annexation of Crimea was a huge shock, and it was enough to get NATO countries talking about the 2%. But after a couple of years it was all but forgotten. It may happen again. Even if it doesn’t, Putin will increase his military spending much more than we will or can. We’re democracies, and in democracies there are many people with different needs and we need to balance them. Until we’re officially at war, we just can’t spend on defense any amount of money that we want. We have schools, healthcare, ecology, etc.

Putin is a dictator, he doesn’t have to care about different interests. He only has one, and as we’ve seen, it is world domination. The Russian opposition has been crushed, the Russian population is loyal, the Russian police are huge, the Russian elites are scared: he can forget about schools and send all the money to the armed forces. That’s what dictators do and that’s what we don’t do.

There’s an opinion that in 1938, Neville Chamberlain sold Czechoslovakia to Germany to buy Britain time. Actually, he bought time for Hilter.

That’s why the best time to fight Putin is now. Today he’s shocked and disoriented. His plans for a blitzkrieg are busted. His army is in a terrible state. His generals, his spies and his ministers have been lying to him the entire time. He can’t be sure about anything at all. He can’t even be sure if his ballistic nuclear missiles will fly. If his generals lied to him about tanks and supplies, why not about nuclear arms? Some of them most likely can be launched, but how many? Nobody knows, not even him.

Hence, bad news. We have to fight Putin today. We must do everything to protect Ukraine, including, if necessary, entering into direct military conflict with Russia.

Good news: most likely, Putin will be afraid to engage with NATO. He likes to intimidate and threaten us with nuclear apocalypse, but he doesn’t like to fight against strong foes. He didn’t retaliate when a Turkish F-16C shot down a Russian Su-24 near the Syria-Turkey border in 2015. He didn’t retaliate when American troops annihilated a Russian Wagner Group unit near Khasham in 2018. It’s highly unlikely that he’s looking forward to an actual war with the West.

More good news: to win, the West doesn’t need to chase Putin all the way to Moscow. It’ll be enough to chase him out of Ukraine. The rest will be done by the Russian people. The legitimacy of Russian rulers is never based on voluntary consent of the ruled. It’s always based on fear. When fear dissipates, so does legitimacy. If Putin loses the war he expected to win in three days, his subjects will see that he’s not as strong as they thought, not even close. What will follow may resemble the turmoil of 1905 after the humiliating Russian defeat in the Russian-Japanese war, which everyone thought it would easily win. It’s impossible to say if Putin will be able to stay in power, but most likely he’ll be too busy holding on to it to cause the rest of the world any trouble.