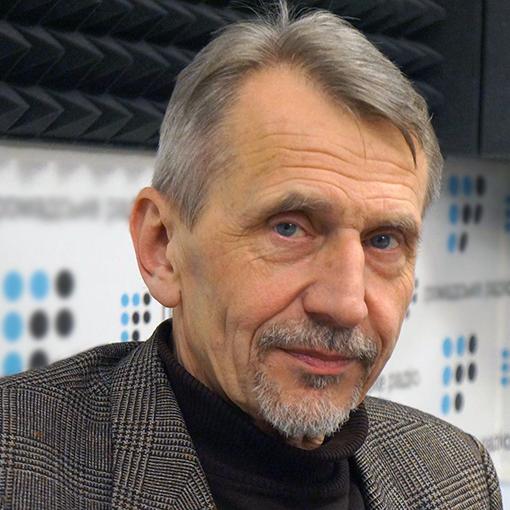 Today’s Russia was largely prefigured by the red-brown coalition in the early 1990s, and Putin is just its embodiment, an epitome of the national (imperial) spirit, mentality and basic instincts. Without NATO expansion we would not have a “better” Russia today but we would certainly have many more countries in Eastern Europe that are blackmailed, intimidated and dismembered like Ukraine, Moldova, or Georgia.

In 1818, young English author Mary Shelley published a novel anonymously, Frankenstein, that has gone on to live a long life in both print and film as well as mass culture. The reason for its popularity has probably been less for the artistic quality of the prose than its prophetic insights. Frankenstein became a symbol of dark and destructive forces that get out of the control of their creators and supervisors, a metaphor for the risky and irresponsible experiments on nature and human beings.

It seems that the thirty-year experiment with Russian democracy produced a similarly disastrous result — determined probably not so much by Russia’s alleged intrinsic incompatibility with democracy and liberalism as by a wrong approach and a whole set of mistakes made by the experimenters.

The dominant storyline promoted by Moscow and supported, at least until recently, by its numerous international “apologists” contends that Russia, since Mikhail Gorbachev and especially Boris Yeltsin, has pursued the democratic way of development (with some local peculiarities and, of course, imperfections) and held a friendly, or at least non-confrontational, stance vis-à-vis the West. This might be true but we should not forget that by the late 1980s the Soviet Union was bankrupt, both economically and politically, and Gorbachev had little choice but to tacitly accept the dissolution of the Soviet bloc, of the Soviet Union, and of the communist dictatorship. But neither he nor Boris Yeltsin ever tried to build a nation out of the empire — a sine qua non for successful modernization and effective safeguard against imperial nostalgia and resentment.

The feeling of “humiliation” that the Russia apologists often mention as the main reason — and, often, justification — for Putin’s revisionism has resulted in fact not from the West’s desire to belittle Russia and take advantage of it but, rather, from the glaring failure of the Russian political class to get rid of imperial habits and an antiquated identity, and to modernize the country. Indeed, the West contributed to this failure but not in terms of “humiliation”. It benevolently condoned the rapacious looting of the country by the Russian elite and persistently turned a blind eye to their neo-imperial statements and undertakings.

The West tried to appease rather than “humiliate” Russia, and crafted multi-pronged policies in all possible fields to support its “fledgling democracy”. Russia was indisputably, with no preconditions, admitted into the UN Security Council and, eventually, into the G-7 — even though it did not meet the political and economic criteria of the prestigious club. In 1997, the EU signed with Russia a comprehensive Partnership and Cooperation Agreement (PCA) that was upgraded in 2011 (under Dmitri Medvedev’s presidency) into a “Partnership for Modernization” — much more ambitious than the rather feckless Eastern Partnership program (EaP) designed for the western post-Soviet republics. In 2002, the NATO-Russia Council was established to handle security issues and joint projects — again, more ambitious in scope and agenda than any NATO cooperation programs with Ukraine or Georgia at the time. Additionally, to support reforms in post-Soviet Russia, the EU endorsed in the 1990s $3bn to Moscow in the framework of the TACIS program.

This wishful thinking made the “West” turn a blind eye not only to Boris Yeltsin’s shenanigans but also to his much more malicious successor. They met him with a standing ovation in the Bundestag in 2000 despite the horrific explosions at apartment buildings in Moscow and Volgodonsk in 1999, attributed with much evidence to Putin’s FSB. They endowed him with l’ordre de la Légion d’honneur in 2006 in Paris despite the proved genocidal crimes in Chechnya. They responded to his 2008 invasion of Georgia and lasting occupation of 20 percent of its territory with another “reset” and Parnership for Modernization. They responded to the annexation of Crimea and the invasion of Donbas with mild sanctions and the powerful Nord Stream 2. All this only bolstered Putin’s confidence and belief that all Westerners are either corrupt opportunists like himself or hopeful and harmless idiots.

Very few experts (deemed “Russophobes”) dared to say that Putin’s Russia was not interested in any partnership. It strove for dominance — maybe not (yet) over the whole of Europe but definitely over its “traditional sphere of influence”. And since Russia never had enough soft power to compete with the West in the “common neighborhood”, it increasingly relied on coercion, blackmail, and propagandist claims. This is how the story emerged about the West’s “betrayal” — even though no written document proves that NATO promised at any time not to expand eastward. In fact, such a promise could not have been kept simply because it would have run against both the organization’s statute and its essential principles.

The truth is that neither NATO nor the EU have ever tried to pull the postcommunist states into the Union. On the contrary, their initial reaction to the East’s overtures was very lukewarm. It took much effort to persuade the West to gradually admit them. It is Russia’s fault, not the West’s, that the country remained more frightening than attractive for the former satellite states, and that its post-Soviet development did not assuage their fears and mistrust. Domestically, Boris Yeltsin’s so-called reformist government was increasingly challenged by the “brown-red” coalition of unreformed communists and Vladimir Zhirinovsky’s fascists, and Russian “centrists” responded with a gradual shift of their rhetoric and politics to neo-imperialism. Internationally, they supported secession in Crimea, fueled rebellion in Transnistria, Abkhazia, and South Ossetia, and launched a brutal military crackdown in Chechnya. Perhaps only a scarcity of resources constrained their great-power drive at the time.

It is hardly surprising that postcommunist states reacted to these developments by instinctively moving further away from the former and still unrepentant imperial master. Today’s Russia was largely prefigured by the red-brown coalition in the early 1990s, and Putin is just its embodiment, an epitome of the national (imperial) spirit, mentality and basic instincts. Without NATO expansion we would not have a “better” Russia today but we would certainly have many more countries in Eastern Europe that are blackmailed, intimidated and dismembered like Ukraine, Moldova, or Georgia.

Even more baseless are the claims about Russia’s expressed intentions to join the EU and NATO. Again, no documents prove this; what is clear however from all Russia’s words and deeds, is that it has never been prepared to become a member of any organization. So far, whatever organization Russia may be part of, it demands special rights and entitlements and shows little compliance with common rules — either in the UN, the Council of Europe, the WTO, the IOC, etc. To take part in the EU decision-making process on an equal footing with Cyprus and Malta, or with Slovenia and Luxembourg in NATO, is another “humiliation” for Russia’s overblown imperial self-esteem and ambitions. How such a country was supposed to meet very tough NATO or EU membership criteria is best left out of any serious discussion.

Claims that the West “pulled” the post-Soviet republics, Ukraine in particular, into NATO and the EU, are particularly demagogic. The truth is that the West was even more reluctant to give these countries any hopes of eventual membership than it was initially ready vis-à-vis Poland, Hungary and other postcommunist East European states. And the main if not only reason for this was to please Moscow, to tacitly comfort its geopolitical claims to the “sphere of influence” and its antiquated imperialistic feelings. Despite persistent knocking at the door and rather intensive cooperation (mainly at Ukraine’s insistence), the EU never hinted at possible membership, nor did it ever define Ukraine in official documents as a “European” country (instead, it was euphemistically referenced as a “partner” or “neighboring” country. So much for the “pulling”.)

The recurrent mantra about Moscow’s “security concerns” is also profoundly false. First, because Moscow is well-aware that NATO (let alone the EU) poses no “security threats” to anybody, least of all to the state with the second-largest nuclear arsenal. The real concern here was not “security” but loss of control over the postcommunist states that luckily joined NATO, and inability to pacify them in the way Russia pacified Georgia or Ukraine. And secondly, Russia invaded Ukraine in 2014 not to preclude its NATO membership but merely to discourage it from signing the Association Agreement with the EU that was essentially about free trade, not “security”. Since 2012, Ukraine had been a neutral country that approved its non-allied status in national legislation and, to placate Moscow, extended the rent of the naval base in Sevastopol through 2047, with an option to prolong it for another 25 years. It did not help — just because “security” was not Moscow’s real concern. Rather, its real concern, its primary interest was in its neighbors’ maximum insecurity — their permanent susceptibility to Russian diversions and manipulations.

The main problem, however, with all these debates and invoked arguments is that they are framed in a fundamentally wrong way. We are forced to discuss the whole set of issues and disprove the collection of arguments that merely fog the simple question we should start with: are Ukraine — and Moldova, Georgia, etc. — sovereign states, as sovereign and internationally recognized as Russia? If so, are they entitled to the same rights by international law and interstate agreements? Are their “security concerns” less important and less reasonable than Russia’s? Indeed, why are security issues framed from the Russian perspective and not from theirs?

Alas, we failed to answer these questions in time or even to ask them. We allowed Moscow to appropriate the master narrative, to impose the suitable discourse upon the speakers, and thereby to obscure and manipulate very simple issues. And now, as Frankenstein runs amok, we have a real “geopolitical catastrophe”, maybe the greatest, indeed, of the century.

Many Western observers were surprised by Putin’s attack on Ukraine. Among many of our experts…