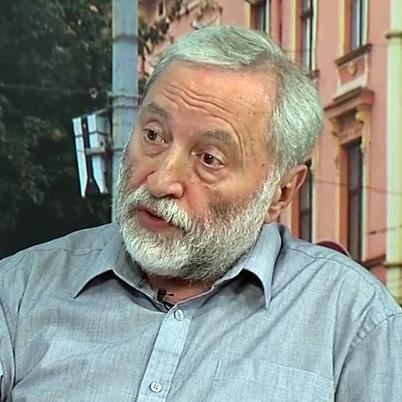 Josef Zissels, co-chairman of the Union of Ukrainian Communities (the Vaad), summarized on WhatsApp on March 15 the vibrant story of his friend who is in Mariupol. What is happening there defies imagination. It is about the destruction of a large industrial city, entirely Russian-speaking, and the killing of its population through incessant bombing and starvation. Mariupol heroically defended itself in 2014, not to fall into the hands of Russian-backed separatists. Today, the Russian army is taking revenge on the innocent, organizing the blockade of the city. It is no longer a question of defending the “Russian language” and Russian speakers. The masks have fallen off.

A friend of mine managed to call me up from Mariupol, so I can share with you what is really going on there now.

Every minute the city is subjected to shelling, artillery and air attacks and is being wiped off the face of the Earth.

What is more, Russian aviation targets crowded places where people cook food over a fire. And residents simply cannot cook food in the basements where they constantly stay, because they can suffocate there.

Just imagine what the physical and psychological state of those people who are in the basement for two weeks, without water, electricity nor food. They use buckets as toilets. Those who still have food eat it raw.

The shelling never stops and one can be an easy target, when escaping from the basement to gather some wood or set out fire to fix something.

There are plenty of videos showing how these inhuman people shoot from tank at civilians on the streets, even when they have their hands up in the air.

The streets are littered with corpses. Previously, survivors have tried to cover the corpses with blankets. Now, when the street fightings are in full swing, no one thinks of corpses. So they simply rot and are torn to pieces by stray dogs and rats.

But things could get worse. Cannibalism may start, as was the case during Holodomor in 1932-1933.

Well, some Mariupol citizens were lucky enough to escape from this Hell on Earth and they are heading to Zaporizhia city in their personal cars. But the count of the lucky ones doesn’t exceed 20,000 so far and most of them are still unsafe being on occupied territories (mostly Berdyansk and nearby villages), because Russian troops keep shooting directly at the roads, not to let civilians get through to territory controlled by the Ukrainian Army.

There has been no internet or cellular signal in Mariupol for more than two weeks. To send an SMS one needs to get to the roof, a mortal risk. Some of the Mariupol residents live near the Kalmius and Kalchik rivers, so they use the rivers as source of drinking water, even though rivers are highly polluted by metallurgical waste. It would matter if people had a choice. Earlier they could eat snow, now melted down.

The number of casualties goes up by hundreds every day and far exceeds the official statistics. Many of them are still in the ruined buildings, having met death in their apartments.

On March 16, Russians threw a huge bomb on the building of Drama Theater, where more than one thousand of civilians, mostly women with their children, were trying to rescue from constant shelling and bombing.

Those who managed to survive are dying now under ruins, because rescues cannot work under constant shelling.

Putin personally ensures that the humanitarian aid does not reach Mariupol, and that the convoy with refugees cannot leave the city. Five tries have already failed.

He blackmails in such a way capturing 400,000 people as hostages, killing them day by day.

Unfortunately, the international community and Western governments are not taking sufficient steps to stop the Genocide of the 21 century.

Journalists can’t get there to reveal the real horror that is happening in Mariupol.

The employees of the Red Cross Organization have already left Mariupol.

I strongly appeal to all journalists, bloggers and other indifferent people and ask them to share information about the Genocide in Mariupol where hundreds of people die every day. So far hundreds…

It is now clear that Putin intends to wipe off Mariupol in an attempt to force the Ukrainian government to capitulate. He doesn’t care about the people, only the territory (and the metallurgical plants, by the way, undamaged).

With every day passing by, the chances to evacuate the remaining citizens of Mariupol are fading away.

We ask the US and European governments to take decisive actions before Mariupol becomes the new “Baby Yar”, where more than 100,000 of Jews were killed in Kyiv during WWII.

Only this time the death toll will be much higher, and it will be civilians of different citizenships living in multinational Mariupol: Ukrainians, Russians, Greeks, Jews, Bulgarians and many others.

Vladimir Kara-Murza, a close friend of Boris Nemtsov and one of the most prominent members of the liberal…