“Russia is the aggressor country”: demonstration in Mariupol, a city in the Donetsk region under Ukrainian control, on February 22. Photo : 0629.com.ua

In a 1988 book, La connaissance inutile (Useless Knowledge), the French philosopher Jean-François Revel analyzed a classic paradox: never have we, the decision-makers in particular, had so much information, but this information sometimes hardly fertilizes the public decision. Everything happens as if it were put aside and as if, in this place deserted by knowledge, disinformation in the strict sense had all the leisure to prosper. It seems that this has been verified in the very rough apprehension of many governments of the Russian regime.

Listening to Vladimir Putin’s televised address on February 21, 2022 and his announcement of the recognition of the Donetsk and Luhansk puppet republics, nd then when I learned of his murderous attack on Ukraine, which is aimed at destroying its very existence, my first reaction was cold anger. This anger was certainly aimed at the usual propagandists of the Kremlin, at the many bastards who whitewash its crimes and at all those, known or less known, who benefit from its generosity. But it also concerned those who had refused to hear, to understand and to accept to be contradicted in their certainties — in short, all those who had made knowledge a useless principle in their action.

This marginalization of knowledge in public decision-making is a subject in itself that goes far beyond the Russian case alone, but it finds here a dramatic and, to say the least, vital dimension. Indeed, the analyses of Putin’s regime are multiple, certainly sometimes divergent and rich in nuances — hundreds of books and thousands of articles attest to this. They give, in spite of everything, a convergent image on one point: the mafia-like, destructive, revisionist and “abnormal” nature of this regime with regard to the standards of freedom, rationality in value and dignity in force in the “free world”. The very idea that one could establish a relationship with it based on principles of “stability” and “trust” has long been disproved by the facts. The very fact that one can believe not only the word, but also the perceptions claimed by this regime—especially in terms of security—reflects a radical misunderstanding. The cover-up of its war crimes also only strengthens the opposing propaganda, but it is part of the crushing of basic norms that is the very substratum of the regime in Moscow.

The dramatic reinforcement of the aggression against Ukraine by the Russian regime could therefore not be a surprise. It was not only foreseeable, but it was also foreseen, even though no one could have anticipated the exact form and timing of it. After all, it is only the continuation of what Putin has always managed to do for the last 22 years without encountering any serious and credible opposition from the Western world. I have written it a hundred times: Putin has, until now, won all his wars and, despite the sanctions put in place and the more secure unity of the Western world, it cannot be excluded that he will be allowed to win the next one.

It is probably not appropriate to blame the latest diplomatic attempts, notably by the United States and France, to avoid a large-scale war. Perhaps it was indeed appropriate to try, even if these discussions with the head of the Kremlin had little chance of succeeding. It was necessary to try to avoid, as much as possible, a large-scale attack which would again cause a bloodbath of which the Ukrainian population would be the first victim. Moreover, let us never forget that, behind the classic words of “geopolitics”, it is children, women and men who are, in fact, being murdered. War is never an abstraction. The stated objectives of “de-escalation” are never more than immediate objectives, but they do not solve the underlying problems. In other words, let us not denigrate the efforts of the last three months to try to prevent the worst, but let us also appreciate them over the long term. 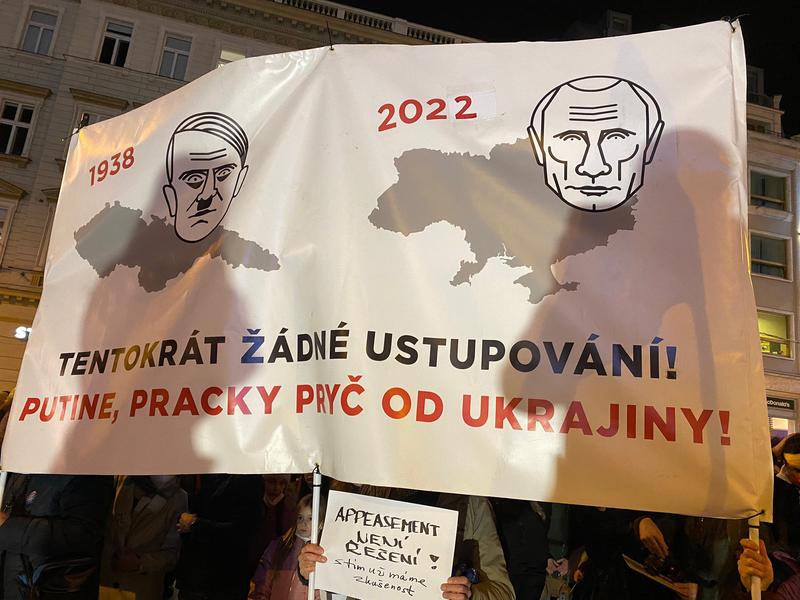 But the worst that this massive war represents, we must have the lucidity to recognize, is only ever the consequence of our past mistakes. If we had acted in 2008, 2013, 2014, 2016, etc., we would not be in this situation and Moscow would not have made the situation even more intractable nor reinforced its army. Nor would it have extended its hold on many countries to such an extent, nor would it have had the leisure to develop its influence and corruption in Western Europe. There too, we have allowed it to do so with impunity and have not had the will to develop counter-fires, including legal ones. Faced with the actions of this regime, Westerners have sometimes looked like chickens in front of a knife or novice soldiers in front of a grenade with pins pulled. We have wasted precious time imagining the most disheveled schemes or architectures that are supposed to govern our relations with the Russian regime one day, and we have sometimes gotten drunk on words, without understanding that, while we were fiddling, Putin was fanning the flames. And to quote Leo Strauss’ famous comment, we did not know that it was the lyre we were playing or that Rome was in flames. But this can hardly be seen as an excuse.

I will not go back here to the intellectual sources of our mistakes: confusion between the country and the regime, focus on the notion of interests, presumption of rationality, lack of perception of the link between repression at home and aggression abroad, lack of understanding of what the Kremlin’s historical revisionism meant as it culminated in the “liquidation” of Memorial, inattention to the scope of its repeated and massive violations of international law, etc. Here too, a minimum of reading would have made it possible to understand. The fact that the circles close to the Western powers have locked themselves in a classical vision of “geopolitics” to deal with Russia has had a considerable impact in the underestimation of the leaders of the fundamental forces of the Russian regime. This has prevented them from understanding the proper weight of its ideology and has led them to be, for the most part, insensitive to its propaganda discourse, or even to unwittingly take up certain stories.

However, we cannot absolve ourselves too easily from this partly deliberate lack of intelligence. It is necessary for the leaders in the West to recognize this and to be able to evaluate it, both in terms of substance and in terms of the decision-making process. This lack of intelligence may indeed be both a personal problem and an institutional flaw that has to do with the way in which political leaders are supplied with accurate analysis — and certainly also with their willingness to be so. It is likely that what has happened over the past few months has helped to open their eyes. But to understand is not only to look at the conjunction of events that has brought a scathing denial to their strategies; it is also to understand by the causes. One can fear that they are still only in the middle of the road and that the knowledge they have accumulated will still seem useless, bearing the promise of a renewal of their mistakes.

The author examines the writings of the former Russian president and prime minister, Dmitry Medvedev…

During his trip to Moscow and then to Kyiv, President Emmanuel Macron insisted that Ukraine’s sovereignty and territorial integrity were non-negotiable.

In May 2021, as Putin began to implement his strategy of strangling Europe with gas deprivation…