Almaty, the demonstrators wear a banner: “We are the people, we are not terrorists”. Amir Shaikezhanov

The Free Russia Forum was created in 2016 by a group of politicians, scholars, journalists, and cultural figures from the ex-USSR, in order to gather together Russian supporters of European democratic values, wherever they may live — in Russia or abroad. Its leading figure is Garry Kasparov, former World Chess Champion and one of the most prominent Russian opponents living abroad. We reproduce here the statement of the Forum on the latest tragic events in Kazakhstan, followed by a statement by Garry Kasparov.

Statement of the Forum of Free Russia condemning the military intervention of the Putin regime in Kazakhstan and expressing support for the Kazakh people. January 6, 2022

Not long ago, the Free Russia Forum condemned the collusion between the Putin and Lukashenko regimes, and expressed support for the Belarusian people, who were victims of this collusion.

On January 5, 2022, the solidarity of the post-Soviet dictators reached an unprecedented level: in fact, the Nazarbayev-Tokayev regime, overthrown by the people of Kazakhstan, officially requested the CSTO (Collective Security Treaty Organization) to send troops into his country to repress the spontaneous people’s revolution. And this request was immediately granted by its “colleagues”.

Troops of Putin’s Russia, Lukashenko’s Belarus and other member states of the CSTO went to Kazakhstan, not to save it from external aggression, but to brutally suppress the rebellion. Thus it can be stated that in 2022 the CSTO has become similar to the Warsaw Pact used by the Soviet Union for sending troops for a bloody suppression of popular uprisings in Hungary and Czechoslovakia.

The Free Russia Forum protests in the strongest terms against the use of Russian troops to suppress popular uprisings in foreign countries.

We call on Russian military not to spill blood of citizens of neighboring countries and not to disgrace the Russian army and the national flag with yet another crime of Putin’s regime towards other nations. Otherwise, they will bear moral responsibility for such crimes now and in the future.

We assure the people of Kazakhstan of our full moral support for their liberation struggle and ask them not to identify Putin’s regime and its butchers with the entire Russian nation. The hearts of all freedom-loving Russians are with you today, and like the Russian dissidents during the Soviet invasion of Czechoslovakia, we appeal to you with the motto: “For your and our freedom!”

Hands off Kazakhstan! Down with the regimes of Putin, Lukashenko and Tokayev! 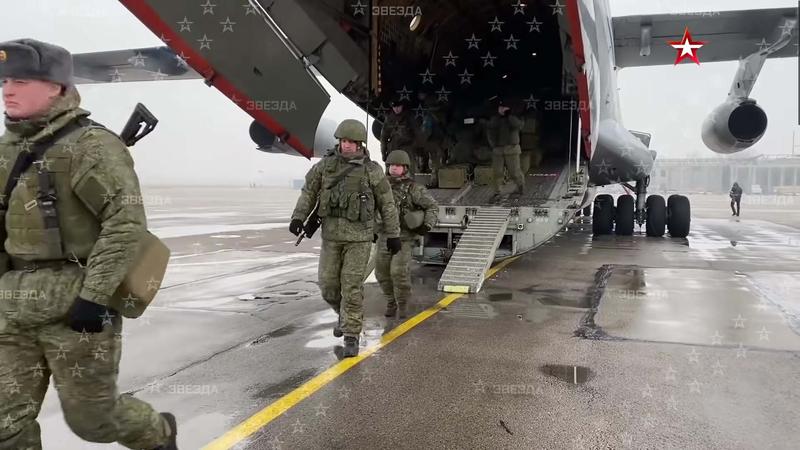 THE KREMLIN’S OCCUPATION OF KAZAKHSTAN HAS BEGUN

Events in Kazakhstan continue to develop tragically — there is information about hundreds of people killed among the protesters, the occupation of the country by the so-called CSTO forces began today. In reality, it means the transfer of a part of Kazakhstan’s sovereignty to the Kremlin.

In this context, the behavior of the Armenian leader Nikol Pashinyan, who is the actual president of the CSTO, is shameful. He actively participated in the implementation of the Russian dictator’s plan to occupy Kazakhstan, thus becoming an accomplice in today’s massacres. The fact that Pashinyan came to power as a result of a peaceful revolution, so his actions look especially cynical. It is impossible to buy the security of one’s own people at the price of the blood of others.

For many years, we have heard tales from Western “pragmatic politicians” about Nazarbayev’s stable Kazakhstan. However, let’s not forget that the glorification of Nazarbayev’s “enlightened dictatorship” was often due to some venal interests. Today, watching videos of the shooting of protesters, we once again see that by their very nature all dictatorships are the same — if there is a threat of losing power, dictators are ready to exterminate their fellow citizens by all available means.

This is another reminder to the “liberal Russian public” eagerly waiting for the evolution of Putin’s regime for the past three decades: every extra year of a dictator’s stay in power leads to a much greater number of victims when he is overthrown.

The August, 1991 Moscow coup was a desperate attempt to save the Soviet Union. When it collapsed, the will to preserve the socialist system disappeared and the Soviet Union…

In May 2021, as Putin began to implement his strategy of strangling Europe with gas deprivation…