There is little room for maneuver in relations between the European Union and Russia, especially since the latter does not intend to negotiate or discuss anything. Moscow’s geopolitical grievances and demands are directed at the West and, as things stand, Sino-Russian positions and interests are aligned. Russian and Chinese leaders believe their time has come.

At first glance, the way the question is formulated seems to contain the answer, especially since it is followed by the usual reference to “Europe from the Atlantic to the Urals”. Thus, a French president engaged in the vain quest for a new “reset” was able to proclaim that Russia was “deeply European”. And anyone who expressed doubts about such an assertion was immediately sent back to the long term, which was supposed to reveal the obviousness of the statement. In contrast, we believe that Russia is not a province of Europe whose destiny would be, in one form or another, to unite with this “little cape of Asia”. It forms a vast Eurasian entity hostile to Europe and the West.

We will begin with a quick look at the phrase “from the Atlantic to the Urals” attributed to General De Gaulle. In fact, the expression refers to Vasily Tatishchev (1686-1750), the official geographer of Peter the Great, the tsar who ruled Russia from 1682 to 1725 (he was the first to bear the title of emperor). The purpose of this artificial delimitation of Europe, the Urals not constituting an orographic barrier or an ethno-cultural dividing line, was to establish Russia as an empire straddling several worlds. In this geopolitical representation, Siberia was a substitute for the overseas possessions of the great monarchies of Western Europe.

In fact, under the rule of Peter the Great, Russia then put itself in the school of the West, but this was in no way a guarantee of peace: the enterprise was part of a logic of power. The Russian Empire then forced the doors of what was not yet called the European concert (the expression dates from the Congress of Vienna, 1814-1815). After a century of territorial expansion in Northern Asia (the Urals were crossed in 1580 and the shores of the Sea of Okhotsk were reached in 1639), the expansion took place towards the Baltic (peace of Nystad, 1721) and then in the Black Sea basin (foundation of Sevastopol in 1783), towards the Mediterranean Sea.

The Russian defeat in the Crimean War (1853-1856) opened a new geopolitical cycle. Without totally renouncing their aims on the Ottoman Balkans (see the war of 1877-1878), the tsars favored expansion in the Caucasus, in Western Turkestan (present-day Central Asia) as well as in the Far East (the “external Manchuria” taken away from Qing China). Let us remember the foundation of Vladivostok, in 1860, which reflects the regional ambitions of Russia (in Manchuria and the kingdom of Korea).

With the extension and consolidation of Russian power from the Caucasus to Northeast Asia, a sort of “empire of the East” took shape (see Lorraine de Meaux, La Russie et la tentation de l’Orient, 2010). The “golden century” of Russia is Asian! This geopolitical phenomenon had its correlates in the order of ideas, doctrines and global representations: the slavophiles who have passed to the cause of imperialism, the “oriental doctrinaires” and the supporters of “asianism” prefigured Eurasianism1 of the inter-war period. 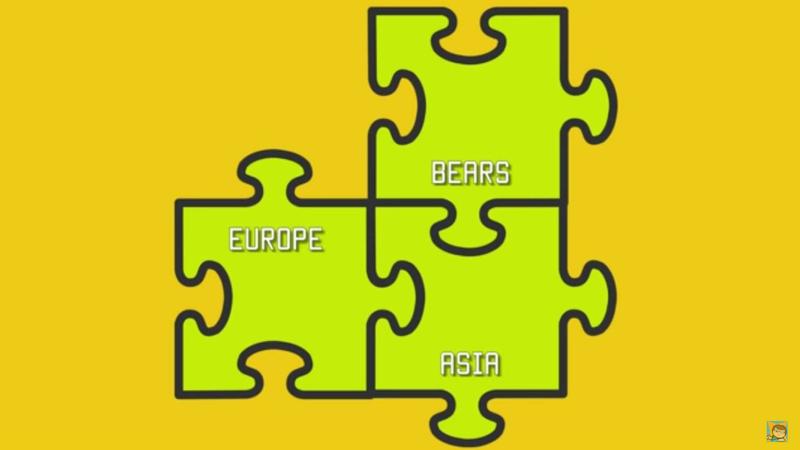 Image from video « Is Russia In Europe Or Asia ? » // Youtube channel of Cogito

The long history of Russia and the territorial extension of this geopolitical actor, from the Baltic to the Pacific, call for attention to the relevance of Eurasianism as a world-view. Notwithstanding the elucidations of some of its contemporary followers, it is not an ideology in the sense of “false consciousness”2. This “Weltanschauung” expresses a large part of Russian reality, including its current geopolitical orientation, in the etymological sense of the word (see the Chinese “pivot” of Moscow).

In truth, Tatishchev’s “formula” is amply outdated in the Russian diplomatic game. If Russian leaders still find it useful to flatter the pride of the French by referring to De Gaulle’s words on “Europe from the Atlantic to the Urals”, other mental maps prevail.

In 2011, Vladimir Putin published an article in a major German newspaper focusing on the place and role of Russia in “Europe from Lisbon to Vladivostok”. The EU-Russia partnership negotiated in the 1990s, with the guiding principle of a translatio studii [transfer of knowledge and skills] from the Western confines to the Eurasian hinterland, is no longer relevant: Russia will not be a “market democracy”.

Subsequently, the focus is further widened. According to [pro-Putin analyst] Sergei Karaganov, the space for maneuvering Russian diplomacy extends “from Lisbon to Tokyo and Shanghai” (Russia in Global Affairs, 2017). In this intellectual contribution, Russia is defined as an “Atlantic-Pacific power center.” Sergei Lavrov, Russia’s irremovable foreign minister, expands this space to Jakarta. Obviously, these people do not think of their country as a “European province” whose destiny is linked to Western capitals and power centers.

On the Sino-Russian alliance

Moscow’s “strategic partnership” with Beijing, a true alliance by the way, is the strong axis of a Russian diplomacy that wants to be “multi-faceted”. The mistake would be to see it as a hazardous and circumstantial convergence that could easily be unwound or even reversed. This brings to mind the theme of “Nixon in reverse”3, which was strongly agitated at the beginning of the Trump presidency.

In the 1990s, “Primakov diplomacy” still had limited objectives towards China, the main idea being to strengthen Russia’s own position in relation to the United States (China as a lever). However, the ambition of an “anti-hegemonic coalition” was already stated. Quite quickly, it found a concrete translation.

Since then, political and strategic ties with China have been constantly strengthened, both bilaterally (diplomatic settlement of border disputes; signing of a treaty of friendship and cooperation in 2001, enhanced in 2011) and multilaterally (Shanghai Group in 1996, Shanghai Group Organization in 20014). In the background, the balance of wealth and power is shifting towards China and Asia, which is upsetting Russia’s relationship with the West.

Contrary to reassuring analyses in the West (the “yellow peril” should put an end to this temporary idyll), Russia has in recent years agreed to cede advanced military equipment to China, such as the S-400 anti-missile or Sukhoi-35. In October 2019, at the annual meeting of the Valdai Club, Vladimir Putin expressed Russia’s readiness to cooperate in the field of early warning systems, which involves a high level of mutual trust. On this occasion, China was described as an “ally”, something that few in Europe have noted. From the Baltic to the Mediterranean and on the Trans-Siberian “land bridge”, the armies of both countries maneuver together. Their bombers patrol together over Korea. 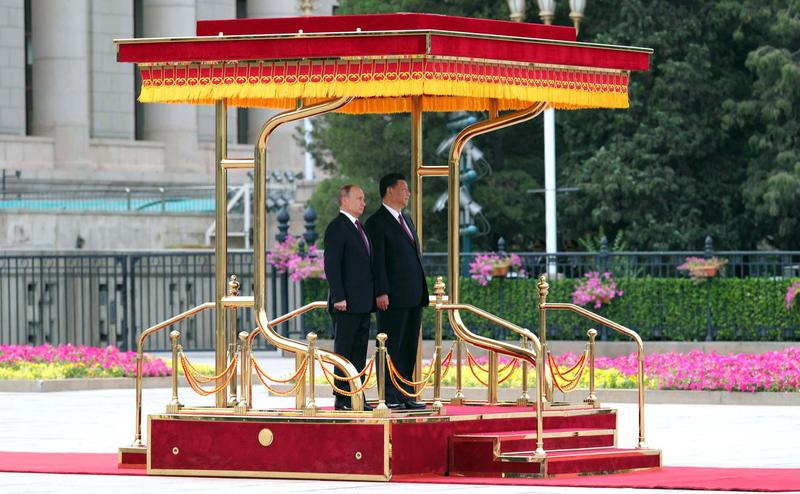 In sum, there is little room for manoeuvre in relations between the European Union and Russia, especially since the latter does not intend to negotiate anything. Moscow’s geopolitical grievances and claims are to the west, and as things stand, Sino-Russian positions and interests are aligned. Russian and Chinese leaders believe that their time has come. Some believe that they can detach Moscow from this alliance by pointing to the risk of vassalization towards the Chinese superpower: the Russians believe that their nuclear arsenal, their strategic activism and the tactical audacity they show compensate for the gap in their power potential.

Of course, nothing lasts forever, and it is important to watch the evolution of Sino-Russian relations for possible dissension that could be exploited. The paradox lies in the fact that a “Russia-Eurasia” turned towards the East and concerned with defending its positions in Turkestan and in the Asia-Pacific would be more favourable to us than a supposedly European Russia, obsessed by the enlargement of its Western borders. However, Moscow must first be persuaded that there will be no new opportunities to be seized in Ukraine and on the Baltic-Black Sea axis, i.e. on Europe’s eastern borders. This excludes any policy of accommodation or, to put it better, appeasement.

Against the backdrop of a serious crisis in the eastern confines of Ukraine, where the sound of boots on the ground…

In September 2015, when Russia intervened militarily in Syria in order to save the regime of Bashar Al-Assad, guarantor of its strategic “assets” in situ…