During the night of September 30 to October 1st, a Russian jumbo jet landed at the airport of Bamako (Mali). On its sides were four MI-171 helicopters. Thus, the information that the Malian military authorities (the result of two successive coups d’état) were negotiating with the Wagner group for the deployment of Russian mercenaries is validated by the facts. Shortly before, Choguel Maïga, the political expression of this military power, had violently questioned France at the Tribune of the United Nations General Assembly (September 26, 2021). In fact, the Malian Prime Minister and his Minister of Defense, Colonel Sadio Camara, were both trained in Russia, and they relay Moscow’s interests in the Sahel-Saharan region. In the background, a Russian strategy in Africa that has been underestimated for too long.

We know the links of the Wagner group with Yevgeny Prigozhin, the Russian oligarch nicknamed “Putin’s cook”. The individual owns a restaurant in St. Petersburg, frequented by the Russian president and his political friends, and has been awarded lucrative contracts in the industrial kitchen sector, with public schools and the Russian Ministry of Defense. Above all, Prigozhin’s name can be found in investigations into Russian “troll factories” (disinformation and cyber operations in Western democracies), in energy and mining contracts in Syria and several African countries, as well as in the financing of the Wagner Group.

Strictly speaking, the Wagner Group is not a private military company (PMC), especially since Russian legislation prohibits chevekas (the Russian acronym for PMCs). It is a company of mercenaries whose tasks exceed those of Western PMCs, which are regulated to some extent. For example, the involvement of Wagner’s men in combat missions is not the exception but the rule. Russian mercenaries first made their appearance quite early in the war in Syria with the Slavonic Corps, without convincing results at first. It was at the beginning of the “hybrid war” unleashed by Moscow in Donbass (Ukraine) in March 2014 that the Wagner group emerged.

The name refers to the nom de guerre of one of its founders, Dmitri Outkin, a former GRU (Russian military intelligence, compromised in various operations abroad including the poisoning of the Skripals in Britain). The Wagner group then appears on the Syrian front where it suffers significant losses, including during an offensive on a position held by U.S. soldiers, on the Euphrates (Deir-ez-Zor, February 2018). Africa soon became another field of activity, from Libya to Madagascar, via the Central African Republic (see below). For too long, it has been the rule to put the role and scope of the group’s interventions into perspective.

If this company of mercenaries is described as the Kremlin’s “secret army”, only those who do not want to see will be fooled. The Wagner group is equipped from Russian army surplus and journalistic investigations have revealed that it trains at a GRU base near Krasnodar in southern Russia. These mercenaries are not rented to the highest bidder but are a proxy force in the service of Moscow, what in English are called proxies.

Flexible in its use, such a force makes it possible to “test the terrain”, i.e. to venture into uncertain theaters and to lay down markers. Moreover, in case of setbacks or abuses, the officially private character of such a force offers the Kremlin a “possibility of denial”: acts committed by private persons, even if they are of Russian nationality, do not engage the international responsibility and the reputation of the Russian state. In short, “Wagner” is a “false nose” for the Kremlin.

Finally, this mode of engagement is all the less costly as it is financed by oligarchs who, in the system of courtship organized around Vladimir Putin, seek to make themselves look good. The latter “pay themselves on the beast”, by means of energy and mining concessions ceded by the local potentates to whom they sell their services (close protection, manipulation and propaganda operations in cyberspace, training of local security forces and combat missions). In the case of Mali, the concessions in three mining deposits are not sufficient to make the operation profitable, so journalistic investigations mention an additional payment, estimated at nine million euros per month (this information remains to be confirmed).

Of course, the prospect of the Wagner group setting up shop in Mali provoked a reaction from Paris, as France has been waging a long-term struggle against terrorism in the Sahel. After the Ministry of Foreign Affairs and the Ministry of the Armed Forces, the President of the Republic himself reacted to Choguel Maïga’s comments on France’s “abandonment”, underlining the lack of legitimacy of a government “with zero democratic legitimacy”, produced by two successive coups d’état (September 30, 2021).

The Russian turn in Bamako could lead to the refocusing of the Barkhane operation on Niger, where the United States has an important headquarters, and weaken the commitment of the European Union and its member states (see the EU-Mali mission and various international sources of financing). It remains to be seen whether the deployment of the Takuba force (a coalition of special forces led by France) is affected by the changes in the theater of operations.

That said, several questions nag at the observer. Out of respect for a purely nominal multilateralism and rules of fair conduct that the Malian military power and its Russian supporters do not care about, should we make way for this irruption of Moscow in the Sahelian zone? Rather than rehashing the hollow words of the cotton language that now takes the place of political communication, isn’t it time to re-read some classics of strategy and the indirect approach? Or even the memoirs of Jacques Foccart? Moreover, are we not paying in Mali for the underestimation, not to say misinterpretation, of Russian actions in Africa?

Not so long ago, there was a time when it was explained that Moscow’s ambitions in Africa, with the contribution of resources to European Union operations, should open up the possibility of giving shape to a concrete and “pragmatic” partnership. Africa could serve as a test bed for a broader undertaking, i.e. a great cooperation “from the Atlantic to the Urals”. In the case of the Central African Republic, France has opened the door. In 2018, it supported a resolution that, in order to allow the delivery of Russian weapons to government forces, relaxed the UN embargo. Immediately, the men of the Wagner group swooped in. Several disinformation campaigns targeted France and its army. 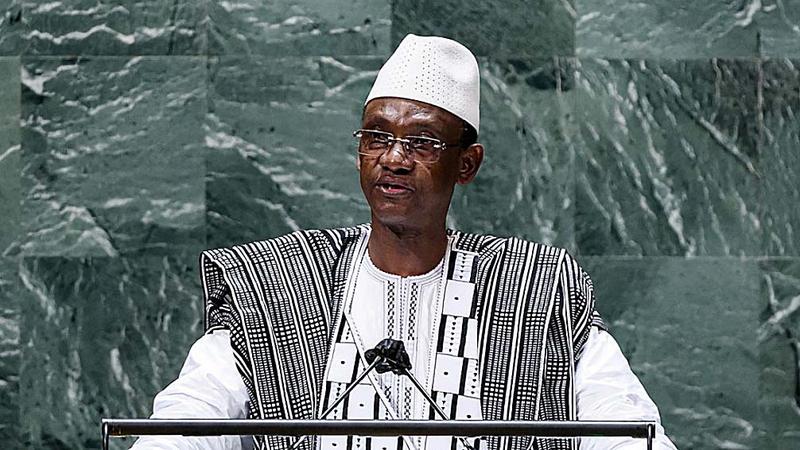 Since then, the threat has been taken more seriously, but this has not prevented a lamentable French attempt at a “reset” (see the invitation of Vladimir Putin to Brégançon, in August 2019). Also and above all, it seems that a quantitative approach to Russian maneuvers in Africa has prevailed. In other words, with the number of advisors and proxies deployed on the ground being far removed from the figures of the Soviet era (under Brezhnev, perhaps close to 40,000 men, to which should be added the 36,000 soldiers of the Cuban expeditionary corps in Angola), with the volume of foreign trade (on the rise) remaining relatively low, there was no need for excessive concern.

In contrast to this cold and dispassionate analysis of “Putin’s versteher”, the results achieved by the Russians in Africa are not negligible. In Libya, Haftar’s offensive on Tripoli, supported by Wagner’s men, certainly failed because of Turkish military involvement, but Moscow and Ankara have established a condominium over the country (Cyrenaica remains under Russian control). As for Wagner’s men and other Russian elements, they are established as far as Fezzan (base of Al-Juffra, south of Libya), with planes that cover the Sahel-Saharan zone.

In Sudan, the commitment of the Wagner group could not prevent the overthrow of Omar Al-Bashir (April 2019), but Moscow has since obtained a naval base in Port Sudan, a second gateway to this geopolitical area, with a capacity of 4 warships and 300 men. In Mozambique, although the same group has shown its operational limits in terms of counter-insurgency, the Russian fleet nevertheless has access to ports. In Madagascar, Russian “proxies” have fuelled hostility towards France, the aim being to undermine its positions in the Mozambique Channel. Several Malagasy airports are now open to Russian warplanes. From now on, it is Mali that could serve as an entry point to the Sahel.

So, opportunism and business without real scope? Simple tactical moves comparable to mosquito bites? Tending towards a general objective of power and the recovery of all or part of the positions lost at the end of the Soviet period, the Russian “grand strategy” does include an African component. Moscow has come a long way and is combining its resources to the best of its ability to get back into the field. It took the Russian-African summit in Sochi, in October 2019, with the arrival of some forty African heads of state, for us to take the measure of the effort (and still).

On the offensive on this continent, the Russian strategy favors arms sales and the offer of security services (the supply of mercenaries), energy contracts (sometimes including civil nuclear), mining and food (sales of grain), and operations in cyberspace (propaganda, disinformation, subversion) to expand its positions. Most often, the offer is bundled, with arms sales serving as a vehicle. At the outset, some of these operations seem modest indeed: a few arms sales, a small number of men, usually mercenaries. Once this tactical engagement is successful, the maneuver is to “move up” the strategic pyramid, to gain power and magnitude.

The results are already tangible: Russia is the leading arms seller in sub-Saharan Africa (35% of total sales) and, from 2017 to 2020, some twenty African states have signed military cooperation agreements with Moscow. In total, half of the continent’s states are linked to Russia by such agreements. Obviously, this counts and the succession of tactical moves could in time change the correlation of forces. For the time being, the process counts more than the overall strategic objective: it is necessary to “harvest” as one goes along.

The overall logic is reminiscent of what Napoleon said about war: “You engage and then you see”. In short, Russian maneuvers in Africa and its successes, even relative, are hardly surprising: will to power, revanchism, tactical audacity and tenacity are the ingredients of this strategy. The atony of the Western powers is much more surprising and raises fundamental questions.

Triumph of economism and fetishism of material greatness in Westerner minds? Power rivalries cannot be summed up by comparing GDP or other economic indicators. Is this a derealistic abstraction of theories of international politics and a hypersophisticated vision of strategy? International politics is first and foremost a power struggle and the diplomatic and strategic conduct of nations does not rest on a mathematical grid of the future, an impossible and therefore illusory prerequisite.

In the end, the hope raised by the end of the Cold War, the desire to achieve “peace dividends”, asymmetrical conflicts and the fight against terrorism have undoubtedly blunted the will to power and the capacity to think about war, in the Clausewitzian sense of the term. However, we must get back on track. At least the Russian breakthrough in Mali reminds us of the importance of bilateral Franco-American military cooperation, in the Sahel-Saharan region as in other places and theaters.