If we are to believe the optimists, the withdrawal of the United States from the Afghan theater last August and the subsequent decision by Washington, Canberra and London to found the AUKUS (Australia-United Kingdom-United States), a trilateral alliance in the Asia-Pacific region designed to counter China’s actions, are signs of the need for an integrated European defense.

As NATO’s foundations seem to crumble (for the European Defense’s believers), a royal road would open up for the European Union, completed by a Defense Union, but the exact scope of which is not known. A hard core of voluntary states anxious to move forward? A transmutation of the European Union into a full-fledged geopolitical actor, simultaneously capable of containing Russian geopolitical revisionism, countering Chinese ambitions on the approaches to Europe, and projecting strength and power in Africa, the Middle East and the Indo-Pacific region?

This vision will leave doubtful the states in contact with “Russia-Eurasia”, aware of the importance of American involvement to counterbalance this disruptive power. All the more so since the lessons to be drawn from the Afghan withdrawal on the one hand, and from the founding of the AUKUS on the other, are fairly contradictory.

If the American desire to precipitate the departure (announced some time ago) and its disastrous effects on the reputation of the United States have given credence to the thesis of neo-isolationism and the forthcoming withdrawal into the Western hemisphere, the strengthening of the American-Australian alliance and the addition of “Global Britain” mean, on the contrary, that the United States will not easily cede its hegemony to China.

Let us remember that European defense is not the defense of Europe, which is organized within the framework of NATO. Although the European Union has implemented a “Common Defense and Security Policy”, its role is secondary and the missions carried out within this framework are essentially civil-military. This is so because the Member States of the European Union, the majority of which belong to NATO (21 out of 27), want it to be so. And it is not by considering the opposition to a greater European ambition as being the work of scoundrels or fools that the obstacles will be overcome.

First, the question of military means (“capabilities”) and the budgets they require should be mentioned. At the very least, 200 billion euros would have to be invested in the military, over ten years, to compensate for the participation of the United States in the defense of Europe. Who wants that? And trying to compensate for this transatlantic “gap” with Europe’s “soft power” would be illusory: if the heart has its reasons that reason ignores, so does the order of the flesh (see Julien Freund and his Essence of Politics). 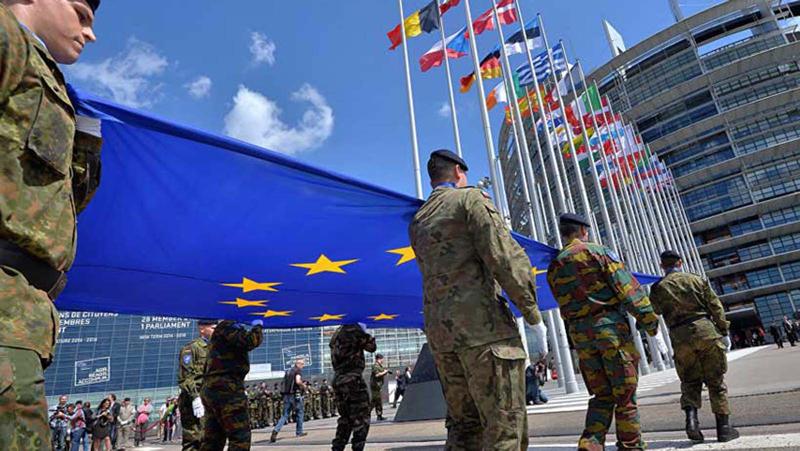 Beyond the question of means, the objective of an integrated European defense comes up against the fact that the European Union does not constitute a global geopolitical actor, but a pan-European Commonwealth with loose solidarities (an “association of sovereign states”, according to the terms of the Constitutional Tribunal of Karlsruhe). In other words, there is no such thing as a “United States of Europe”, nor even a hard core of willing countries, the locomotive of a future European defense.

Thus, the Permanent Structured Cooperation (PESCO) decided in 2017, far from corresponding to such a project, brings together almost all the members of the Union. In the end, this PESCO has instituted a “Europe of capabilities” to support military-industrial programs. This is both a little and a lot. Moreover, we will have to look at the effects of the German elections on the so-called “future” fighter aircraft and tank (FCAS and MGCS).

Of course, nothing prevents Paris and Berlin from wanting to create a sovereign entity, i.e. to go beyond the sovereignty of the member states. On the other hand, this would presuppose a political plan (a federal project), capable of mobilizing a sufficient quantum of energy to rally a majority. This is not the case: the European Union is not at the “Ciceronian moment” (Pierre Manent), that tipping point between two political forms. Neither Germany nor France (this pseudo-couple) are ready for it. Significantly, the very term “federation” has been banished from the French political vocabulary.

In contrast to such a program, the “laws of tragedy” make us fear that an action that claims to force reality will have the opposite effect to the objective sought. In other words, a project of “European sovereignty” and its military extensions, without support points and supporting factors, could amplify the centrifugal forces that threaten the Union. Already, abrupt remarks about NATO or about the proclaimed opening of a “dialogue” with Russia (without European consultation), and some negligence between partners (to say the least), have raised eyebrows.

In the case of the Australian submarines, let us beware that a diplomacy on the verge of collapse does not open the floodgates of national demagogy and does not play into the hands of revisionist powers — Russia, China and Iran in the first place —, further weakening an already downgraded and strategically shrunken Europe. The main thing is to continue to be able to “stand up” on Europe’s eastern and southern borders, with the support of the United States. As important as they are in the global balance of power, the stakes in the Indo-Pacific region are less important for Europe than those in its Eurasian hinterland, the “greater Mediterranean” and its African borders.

The importance of NATO and the American commitment in Europe cannot be deduced from the vitality of the transatlantic link. So what place does Europe occupy in the American worldview and grand strategy? The idea that the United States is turning away from Europe and is focused on China alone, even if it means negotiating a “Nixon in reverse” with Russia, seems to be reductive.

On the one hand, the challenge posed by China is global, with its extensions into Europe, the Mediterranean and the Arctic: it requires the constitution of a Western front. On the other hand, Russian and Chinese interests are aligned and this (informal) quasi-alliance is based on deep-seated factors. At most, the United States will try to stall, in order to gain time and to open up the possibility of dissociating the scourges in the long term.

The great American strategy of “off-shore balancing” will combine multilateral alliances and support for regional powers to which it will be possible to subcontract a certain number of issues, according to the law of reciprocal interests. This is not a neo-Victorian “splendid isolation” or a “blue-water strategy” that would exclude any land-based military footprint.

However, one cannot ignore the fact that the perpetuation of NATO will require a new “burden-sharing” between the United States and its European allies, a greater effectiveness of the latter as well as a clarification of their position towards China. Is China primarily a “systemic rival” or a “partner”? We need to decide.

In fact, it would be perilous to claim to give priority to trade relations with Beijing, while relying on the United States for its security — in Europe and in its geographical neighbourhood, and even in the Indo-Pacific region (respect for the law of the sea and free navigation in particular).

In the case of transatlantic decoupling, there would probably be no solid, effective and credible “European defence” to take over from NATO. And “Russia-Eurasia” is on the lookout. The dereliction of the European Union would then be most likely.