Tempora mutantur. Marshal Dmitri Iazov receives a decoration “for services rendered to the fatherland” from the hands of the Minister of Defense Sergei Choïgou. February 2020 // Photo : Russian Ministry of Defense 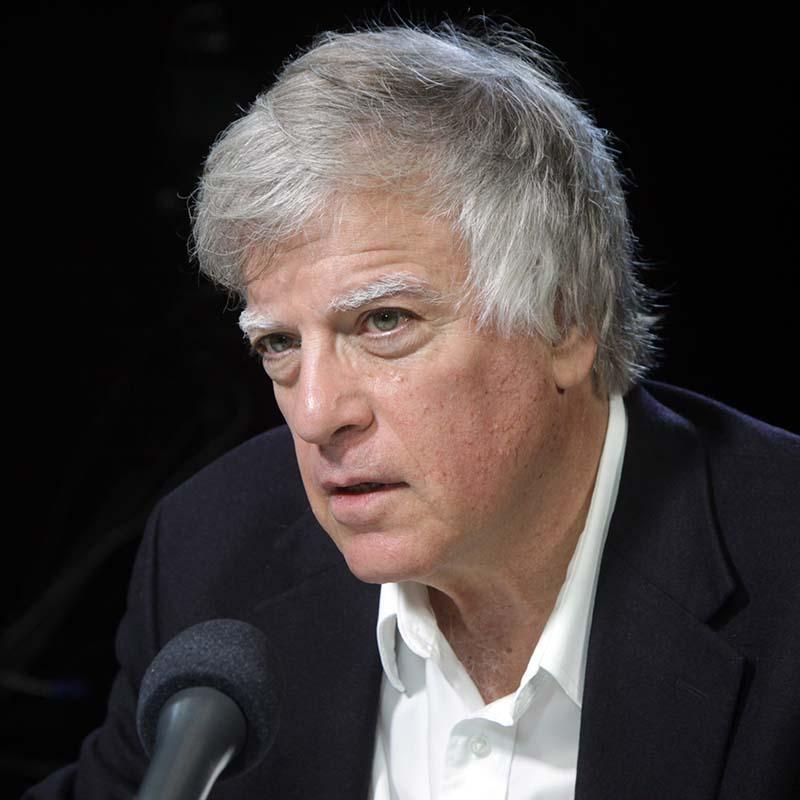 The August, 1991 Moscow coup was a desperate attempt to save the Soviet Union. When it collapsed, the will to preserve the socialist system disappeared and the Soviet Union exited the stage of history four months later. To this day, however, there are important questions about the coup. The answers are key to understanding the significance of the coup for the situation of Russia today.

The first question concerns the role of Gorbachev. In defiance of all logic, the coup leaders, preparing to depose Gorbachev, continued to behave as if he was still in charge. On August 18, a group of plotters arrived at Gorbachev’s vacation residence on Cape Foros in the Crimea to ask Gorbachev to approve his own removal. Their first request was that Gorbachev sign an edict authorizing the newly formed Committee on the Emergency Situation (GKChP) to take power. When he refused, they asked him to transfer power to the vice president, Gennady Yanaev. Gorbachev refused this request as well.

Gorbachev’s reaction took the coup plotters by surprise. Accustomed to his constant shifting of position, they believed he would accede to pressure. They even hoped to have time for a swim in the Black Sea. When the plotters left his residence, he shook hands with each of them. He could have stopped the coup by placing them all under arrest.

After the coup collapsed, the first thing that the plotters did was fly to Foros to ask for the support of Gorbachev. This time, however, he had them arrested.

In the days immediately after the August events, many believed that Gorbachev was not a victim of the coup but a co-conspirator. Anatoly Lukyanov, the chairman of the Supreme Soviet, said that Gorbachev knew about the coup in advance “and took not a single step to block it.”

Gorbachev said he was cut off from the outside world in Foros. The coup plotters cut his phone lines. But Valentin Zanin, the director of the concern, “Signal,” which produced special communications equipment for the Soviet leadership, said Gorbachev had one communications link that could not be disconnected under any conditions. He gave no details because he had taken part in the development of the system and had pledged not to discuss it.

Yanaev later wrote that Gorbachev’s isolation was really a self-isolation: “Gorbachev was waiting to see which way events would turn. If the GKChP won, they would remove Yeltsin and suppress the independence movements in the Baltic republics. He would then resume work as president in carrying out the decisions of the USSR Supreme Soviet. If they were defeated; he would return to his duties and strengthen his relations with the Russian democrats.”

Evgeny Lisov, the chief investigator of the coup, speaking for the Russian prosecutor, said that during the coup Gorbachev did not “give any hints obliquely or directly” that he was on the side of the conspirators. He added, however, that Gorbachev’s long association with the conspirators who were his close colleagues and “some aspects of his character” gave the coup leaders “the right to think that sooner or later, after one, two or three days” they would bring Gorbachev over to their side.”

Another mystery was why the coup plotters took no steps to arrest Boris Yeltsin, the only person in a position to rally opposition to the coup. On the night of August 18, Yeltsin was returning to Moscow from Kazakhstan where he had been meeting with Nursultan Nazarbayev, the Kazakh president. The coup plotters considered diverting Yeltsin’s flight from Alma Ata to a military airport, arresting him and isolating him in a dacha in Zavidovo. But they decided against it.

Yeltsin went to his dacha in the settlement, “Arkhangelskoe-2” without interference and went to sleep. In the meantime, the dacha was surrounded by members of the KGB’s elite Alpha unit. The leader of the unit was told that the plan was to seize Yeltsin and other members of the Russian government who were staying nearby. Yeltsin’s personal guard consisted of only six or seven men with automatic weapons. In would have taken a single platoon of special forces to arrest the entire Russian government. But, again, there was no order. As the Alpha unit stood by, Yeltsin left his dacha in a motorcade and drove to the White House, the seat of the Russian government which became the center of resistance.

The coup leaders made no move to cut off the phones in the White House or close the international airport. They hoped that hundreds of tanks and thousands of troops converging on Moscow would intimidate Yeltsin and his supporters. At first, they tried to avoid violent actions whose consequences might prove irreversible.

The final question concerning the August coup was why, in the end, the coup plotters failed to use force. Part of the answer is that they were not united. On the morning of August 20, as the crowd around the White House began to grow, the coup plotters realized that the appearance of tanks on the street had not been enough to intimidate either Yeltsin or the population. They prepared a plan to storm the White House and seize Yeltsin and the Russian leadership. Some of the coup leaders were determined to act no matter the cost. Boris Gromov, the first deputy minister of the interior, recalled a mood that was “aggressive, decisive, and in a state close to euphoria.”

Others, however, were not so sure. Yanaev, the supposed new head of state, spent the coup getting drunk. He told Kryuchkov, “I may be shot.” A Kremlin doctor was called to see Valentin Pavlov, the prime minister, who found him “not only drunk but wound up to the point of hysteria.” General Pavel Grachev, the head of the paratroop units, spent the coup vowing loyalty to both sides.

Critical to the success of the coup were the Alpha unit and the army and in the end both were deterred by the prospect of a massacre. As the number of civilians around the White House reached 100,000 on the night of August 20 and pro-Yeltsin Afghan veterans organized a serious defense perimeter and posts on every floor of the White House, the members of the Alpha unit, who were assigned to spearhead any attack, began to calculate the likely cost. No one doubted that the building could be taken in 15 to 30 minutes. But the Alpha group members feared the death toll would be worse than the thousands killed in Tiananmen Square.

The members of the unit were also hesitant because in January, they were sent to Lithuania supposedly to protect Russians from terrorists. They ended up assisting in an attack on the Vilnius television tower during which 14 Lithuanians and one member of the Alpha unit were killed. The deaths led to huge protests in Moscow. KGB officials acted to conceal the Alpha unit’s participation and no high ranking officials attended the funeral of the killed unit member. This led members of the unit to feel that they had been disowned.

In the end, the members of the Alpha unit informed their commanding officer that they would not participate in the storm of the White House. It was the first time in the history of the Soviet Union that a military unit had refused to carry out a direct order.

In this situation, one person who appeared firm in his support of the coup was Marshal Dmitri Yazov, the defense minister. He had ordered troops into Lithuania in January to suppress the independence movement and supported preserving the Soviet Union. But Yazov too had his doubts and was concerned to minimize violence. He was stunned by the news that the Alpha unit had refused to take part in the storm. But this news was followed by the news that at 12:45 am on August 21, three civilians were killed in a confrontation with troops near the U.S. Embassy. It was still possible for army units and internal troops to attack the White House even without the Alpha unit. But Yazov’s aides warned that there would be a “sea of blood.”

This was too much for Yazov. He had said at the beginning of the coup, “I won’t be a Pinochet.” He now said to tell the other coup plotters, “The army is pulling out of the game.” Shortly afterward, Gromov said that the internal troops would also not take part in the storm. Vladimir Kryuchkov, the head of the KGB and a leader of the coup, said, “In that case, the operation has to be cancelled.”

In the wake of the coup, the world entered the post-communist epoch. The coup plotters could have prevailed in August, 1991. But they would have needed determination, unity and a readiness to kill. This could be provided only by an ideology and after five years of free information and liberal reforms, faith in communist ideology had disappeared. In the end, the coup plotters were not ready to commit mass murder and the Soviet Union could not be saved without it.

Thirty years have passed and Russia is once again an authoritarian state. But the lessons of the August coup still apply. The Putin regime may face mass protests in the future. He may decide to use force. But if it does, his success will depend on his perceived legitimacy. Soldiers and police will not open fire on their own people for a regime they don’t believe in. The perception that the Putin regime is worth defending, however, will depend on Putin’s continued ability to suppress information about such crimes as the 1999 apartment bombings which brought Putin to power, the shooting down of the MH-17 airliner, and the murder of opposition leader Boris Nemtsov.

During the night of June 21-22, 1941, Germany attacked the USSR. In spite of the warnings coming from all sides, Stalin did not believe Hitler would strike.

Against the backdrop of a serious crisis in the eastern confines of Ukraine, where the sound of boots on the ground…

The Free Russia Forum was created in 2016 by a group of politicians, scholars, journalists, and cultural figures from the ex-USSR…