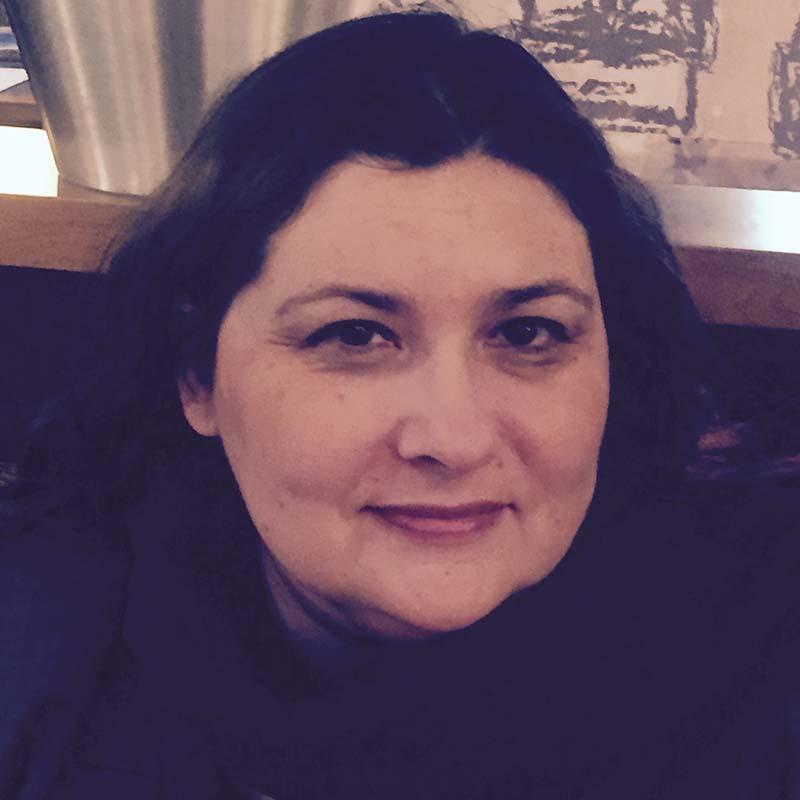 Sergei Kovalev died at the age of 91, on August 9, 2021. According to the journalist Vladimir Kara-Murza who also fights for a democratic Russia — and was apparently poisoned twice because of that —, the former dissident was part of this “handful of people who saved the honor of our country confronted to the power’s crimes and to the silence of the majority”.

Kara-Murza also recalled Andrei Sakharov’s words: his friend Kovalev was “a man with an amazingly beautiful and strong soul, and unlimited altruism”. However, one should also read the comments that follow the posts written about this death by some propagandists of the Putin regime: the hatred that is expressed confirms the firmness of the deceased and the impact of his actions. Kovalev, an intelligent, courageous and honest man, fought practically all his life for his country to become a state of law. His life? His lives! For he has had at least five.

His first life is that of an almost ordinary Soviet citizen. Born in 1930 in a modest Russian-Ukrainian family, Sergei Kovalev started studying medicine, then switched to biology. He told me in 1997 that he would have loved to study law or history, but had understood what awaited him in these fields during the Stalinist era: “I will be a prostitute all my life.” Even biology was politicized: the theories of Lyssenko were dominating the whole field and denied any credibility to genetics. This earned Kovalev his first summons by the KGB: in 1956, in the context of the Thaw and de-Stalinization, the young graduate, employed in a Moscow university laboratory, signed a petition that called for a free debate on the theories of genetics. Like many, he believed that Stalin’s death would solve most of the problems in the USSR.

When Khrushchev was removed from power in 1964, the struggle between the Soviet authorities and the intelligentsia from the big cities became more intense. Kovalev was the head of a laboratory department, still within Moscow University, but he signed petitions in favor of Andrei Siniavski and Yuli Daniel, who were tried in 1966 for having published in the West texts declared to be anti-Soviet, and then in favor of Alexander Ginzburg, who was judged in 1968 for having prepared a White Book on the Siniavski-Daniel trial. He also defended the seven people arrested on August 25, 1968 for demonstrating on the Red Square against the intervention of Warsaw Pact troops in Czechoslovakia.

We must remember how much courage was necessary to sign petitions in a country like the USSR, especially since these petitions defended people who were being repressed by the State. After August 1968, it appeared that the Soviet power would not tolerate further democratization; nevertheless, it would resort, not to massive and indiscriminate purges, but to targeted repressions against those who dared to protest publicly. Sergei Kovalev was one of them. His second life began: the life of a dissident.

In May 1969, he was one of the founding members of the Initiative Group for the Defense of Human Rights in the USSR. He always preferred to define himself as a “defender of human rights” rather than as a “dissident” or “political opponent”, and he also supported people whose ideas he was very far from sharing. Shortly after the creation of this group, Kovalev learned that his boss had been summoned by the KGB because of him, and he left the university. The political police was there, omnipresent, watching, controlling, spying and trapping people. But as if it did not exist, Sergei Kovalev created, with a few friends, a Soviet section of Amnesty International. In October 1973, he wrote to Yuri Andropov, president of the KGB, and asserted that he and all the Soviet people had the right to read The Gulag Archipelago. The publication of this book was being prepared in Paris, and in February 1974, Solzhenitsyn was arrested and expelled from his country.

Russian dissidence seemed then to have been crushed. Indeed, two years earlier, the authorities had launched an attack on the main samizdat magazine, The Chronicle of Current Events, which had been reporting since 1968 on political arrests and protests against these repressions. Searches had been followed by arrests, and the authorities had warned that, if new issues appeared, more people would be arrested. Therefore, on February 28, 1973, the Chronicle had announced that its 28th issue would not be published.

But on May 7, 1974, the dissidents Sergei Kovalev, Tatyana Velikanova and Tatyana Khodorovich summoned the foreign press, distributed the 28th, 29th and 30th issues of the Chronicle, and announced that they were taking full responsibility for the magazine. Here again, we must take the measure of the courage implied by such a claim. These three people had every reason to believe that they would be arrested and would spend years in detention. In fact, the first two were arrested and Tatyana Khodorovich had to emigrate. But, as Sergei Kovalev said, he and his close friends had a maxim: “Do what you have to do, come what may.” Such behaviors, that reflect a specific social culture, help us to understand why, almost fifty years later, Aleksey Navalny decided to return home to Russia, although he was almost certain that years of camp awaited him there.

Sergei Kovalev was arrested on December 27, 1974 and tried a year later in Vilnius for “anti-Soviet agitation and propaganda”. The authorities chose to judge him in Lituania in the hope that Western journalists would not cover the trial. They covered it: if only because Andrei Sakharov, who had just been awarded the Nobel Peace Prize, had refused to travel to Scandinavia and preferred to go and support his friend, along with dozens of other dissidents. This was also typical of the Soviet dissidence: this solidarity in front of repression.

Sergei Kovalev was sentenced, “classically”, to seven years of detention and three years of relegation. His third life began: the life of a political prisoner. This brilliant intellectual served his sentence in camps and prisons, then for three years he worked as a fitter in the Magadan region. Released in December 1984, he was not allowed to live in Moscow and had to move to Kalinin (Tver) where he was employed as a security watchman under administrative control. The Chronicle no longer existed, many of Kovalev’s friends had emigrated, or were in relegation (Sakharov, Velikanova) or still in detention. The USSR could believe that it had triumphed, while it was sinking into an economic disaster that had been underway for decades, and its international isolation was growing.

Trying to solve these two problems, Mikhail Gorbachev launched the perestroika; Sergei Kovalev reacted almost immediately: he had not been broken and his fourth life was beginning. He created or joined groups that wanted to develop freedom in the USSR, and in 1989 he took part in the founding Congress of the Memorial association that intended to defend human rights and study Soviet repression. Until his death, he remained one of the pillars of this association.

While the Russian intelligentsia generally considers politics to be a rather dirty activity, involving compromise and disavowal, Kovalev took the plunge: he was elected deputy in March 1990 and became chairman of the Committee for Human Rights within Russia’s Supreme Soviet. He was thus able to pass a law on the rehabilitation of victims of political repression. After the fall of the USSR, he also participated in the writing of a new Constitution which granted Russian citizens rights that they had almost never had in the past, but that were gradually eroded, or even annihilated, after Vladimir Putin’s accession to power.

In September 1993, Sergei Kovalev was appointed Chairman of President Boris Yeltsin’s Human Rights Commission. If the dissidents were not in power, as elsewhere in Central Europe, this nomination allowed to hope that they would nevertheless have an influence, at least on the question of rights and freedoms. Especially since Kovalev was not seduced by the privileges that his proximity to power could have procured him. He thus became one of the most determined opponents of Moscow’s first war in Chechnya, and this is also what the current propagandists of the Putin regime do not forgive him. One episode was much recalled by those who loved the former dissident: when in June 1995 Shamil Basayev, a Chechen independence fighter, took more than 1,500 hostages in the hospital of Budennovsk, Sergei Kovalev, imitated by his team, offered himself to replace the women and children hostages and he conducted negotiations on behalf of the government. He thus saved the lives of hundreds of people. Nine years before the Beslan massacre.

But in January 1996, he resigned from his position and criticized Yeltsin who, he said, prefered to solve problems by force. Manoeuvres were already underway to keep Yeltsin in his presidential post at all costs. Then more manoeuvres would begin to find a Yeltsin’s successor who would not denounce the corruption of the leading circles.

Sergei Kovalev opposed, as much as he could, these developments. But in 2003 he was not re-elected as a deputy, and it was hardly conceivable that he would be in Putin’s Russia. He joined the Yabloko party and continued to fight for the rule of law to be established, in particular by deciphering to his numerous Western contacts what was happening in Russia. It was his fifth life.

He thus accepted — and this sign of friendship was a huge honor for us — to speak at Rennes II University (France), in November 2008, during a colloquium that I organized with the AFR (French Association of Russian teachers). In front of sometimes a little surprised teachers, he talked about his conviction “that Russia (was) going through an ethical catastrophe or, more precisely, a catastrophe of civic ethics”:

“Our power is, obviously, illegitimate. Indeed, it is arbitrary and mocks, very visibly, its own Constitution. Despite what is written in this Constitution, despite the constitutional norms, we do not have a separation of powers in Russia. We are not a federal country. We do not have an independent judiciary system. At present, we do not have elections either, which was already the case in the Stalinist Soviet Union. For the world — the world first and foremost, not our own people — we display a few things that seem to imitate freedom of speech, elections, etc., but they are only rather crude imitations.”

He gave very precise examples and also denounced “the hypocritical attitude of Western political leaders”: they do not defend the principles they proclaim, and favor “the hypocritical, cowardly and dirty ‘Realpolitik’”.

Sergei Kovalev never stopped condemning this “Realpolitik” that amounts to recognizing the primacy of force over law. This is why he was not only the “conscience of Russia”, as has been repeated many times, but also the conscience of the West: he called on the West to show courage and to defend democracy, rights and freedoms, by actions and not only by words.

Svetlana Gannushkina is one of the most famous Russian human rights activists. For more than thirty years she has dedicated herself to the defense of refugees and migrants.

If we look at the news of the last few months, we see that a series of seemingly disparate events all point to a decline in Russia’s influence.