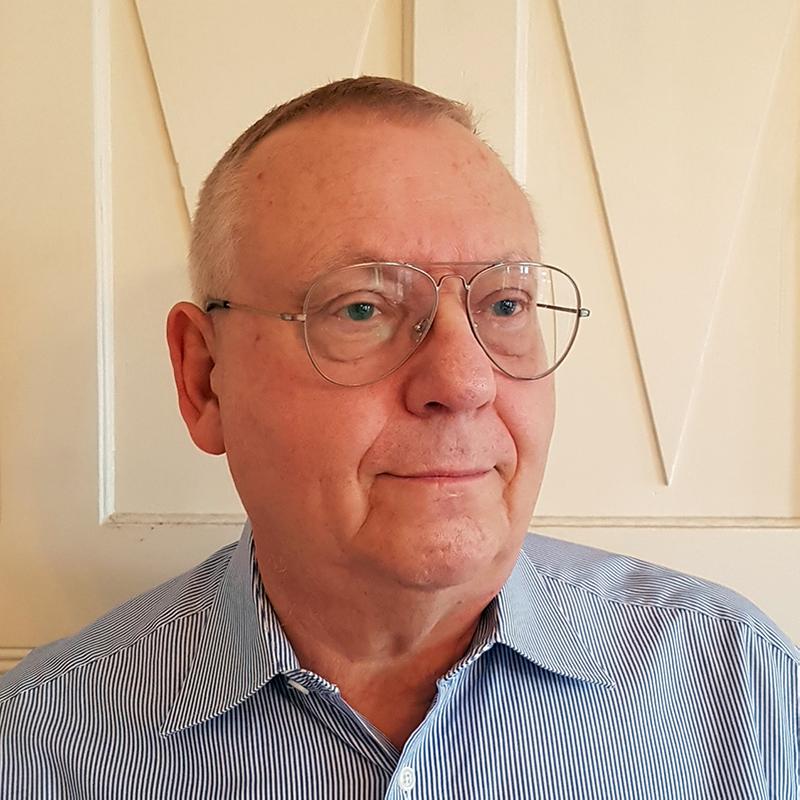 At the September 26, 2021, Bundestag elections, Germany will decide on its new political leadership. The Chancellor, justly considered hostile to Putin and his policies, will be replaced by a coalition whose components are still unknown. The Kremlin, however, has clearly made its choices: It leverages its networks to support the conservative CDU/CSU candidate Armin Laschet, perceived by the German media as a “Putin-Versteher,” (a person who “understands” Putin, pejorative). At the same time, it seeks to compromise the chances of Laschet’s main opponent, Annalena Baerbock of the party Die Grünen (The Greens).

In fact, Baerbock, due to her support of Russian opponents, of the boycott measures, but also of Ukraine (the Greens, objecting to any military aid, affirm that Crimea belongs to Ukraine), is identified as hostile to the Russian policy. Through its information (RT for example) and disinformation channels (the troll factories), Russia leads a very active campaign against Baerbock (attacks of sites, false information, photomontages, to name a few).

This policy of Russian intervention in Germany (as well as throughout Europe) is by no means new, but it has intensified over the last five years (cf. Uwe Backes, Patrick Moreau, Europas moderner Rechtsextremismus, Vandenhoeck & Ruprecht, Gräfelfing, 2021).

Direct or covert funding of national-populist or Euro-sceptic parties by Russia or through Russian oligarchs is being intensively investigated throughout Europe (cf. “In the Kremlin’s Pocket,” The Economist, Feb. 14, 2015). Jobbik, the British Conservatives, the Lega, the FPÖ, the National Front/National Rally belong to the known cases. The AfD is also suspected of being “supported” by Russia but denies. The funding of many other parties is more than likely, considering Russian propaganda in Europe (there are three detailed investigations by the Atlantic Council), the financial commitment of the Russian state, as well as three major international conferences in Russia, for example the „Conservative Forum” in St. Petersburg in 2015. Those conferences brought together the full range of anti-European, independence and anti-American movements.

In this article, we will not analyze the concept of asymmetric warfare in its entirety, but it is necessary to recall its nature. Russia rejects the idea that this asymmetric war is offensive or expansionist. The pro-Russian national-populist parties share this view. According to the Kremlin, this is a defensive measure in the face of the threat of wars in the 21st century and a West considered hostile. Putin legitimizes his action by presenting it as an influence strategy designed to preserve Russia’s rank and place on the global stage. Two main enemies are targeted and are the object of interventions at all levels: the United States and the European Union, in particular the countries actively supporting the embargo measures against Russia, primarily Germany, but also France. Russia has “allies” of various types: national-populist and Euro-sceptic parties, independence parties or movements (e.g. in Catalonia), communist or post-communist parties (Die Linke in Germany), and in addition, many fellow-travellers from the 1980s (e.g. the peace movement). New on the Russian scene are radical ecological movements, in particular those advocating industrial “degrowth”. This threat has been perfectly understood by the European Commission and European governments, including Germany and France.

What are the main thrusts of Russian intervention in Germany, besides classic espionage and the recruitment of sources, both particularly active in the Federal Republic?

There are several main fields, which can only be briefly mentioned.

Russia’s work is facilitated by the existence of a strong pro-Russian current in the German population, especially in the new Bundesländer. During Trump’s presidency, the vision of Putin became even more positive. But this trend weakened with the case of dissident Alexey Navalny.

Two specific fields need to be analyzed: the case of the Alternative for Germany (Alternative für Deutschland, AfD) and that of the Russia-German minority.

Founded in 2013 by liberal economists hostile to the financial bailout of Greece, the AfD enjoyed a meteoric electoral success that had no precedent in Germany since the end of the Second World War. It quickly attracted voters disappointed by the traditional (especially conservative and liberal) parties. In May 2014, the AfD achieved a decisive political breakthrough at the European elections.

In 2015, the arrival of some 950,000 migrants and refugees in Germany had provided the party with the opportunity to amplify a sense of distrust of Islam that was echoed at the March 2016 state elections: in both east and west, the AfD became a political force to be reckoned with. At the 2017 Bundestag elections, the party received 12.6 % of the vote. In the new Bundesländer, with the exception of Berlin, the AfD is the second largest regional force (Saxony-Anhalt 2016: 24.3 %; Mecklenburg-Vorpommern 2016: 20.8 %; Berlin 2016: 14.2 %; Brandenburg 2019: 23.5 %; Saxony 2019: 27.5 %; Thuringia 2019: 23.4 %). According to surveys of summer of 2021, the AfD reaches 10 to 12% of the vote. It has declared itself the mouthpiece for standards and values considered national, promising protectionism and insularity culminating in breaking away from the European Union and the euro. Its discourse is security-oriented, anti-migration, anti-Islam, anti-globalization, anti-American, and pro-Russian. (On the history of the AfD, cf. Patrick Moreau, L’Autre Allemagne. Le réveil de l’extrême droite, Vendémiaires, Paris, 2017).

Since 2013, Russia has permanently been interested in the AfD, as former chairwoman Frauke Petry recently revealed. The Russian contacts of Tino Chrupalla (AfD spokesperson since 2019) in December 2020 and Alice Weidel (AfD MP, chair of the faction) in March 2021 confirm this. A guest at the “IXth Moscow Conference on International Security”, which brought together 700 delegates from 109 countries, including 55 defense ministers, Chrupalla was received by Lavrov, whose speech showed Russia’s geopolitical and military hardened stance.

Comparing the AfD’s 2017-2021 electoral programs with the narrative developed by Vladimir Putin, we recognize their common vision of the world. For national-populist parties like the AfD, Putin’s Russia and the Western countries are fundamentally opposed, far beyond their conflicts of interest on the Syrian and Ukrainian crises. Two visions of the world are confronting each other.

For the AfD, the Western view is liberal because it defines the political system and its constitution as a guarantor of individual freedom and liberties. Vaterland, cultural heritage and traditions are aspects of the past, which may well exist, but must be subordinated to the dominant liberal principle. For the AfD, Germany has become de-Christianized and Christian values have been abandoned in a society whose identity is based on individualism or communitarianism. The required return to Christian roots and a Christian nation is impossible in today’s Germany because of immigration, individualism and acculturation.

The AfD shares Putin’s traditionalist view of the world. According to him, the community and the political system are the product of a specific history and culture, which take precedence over individual freedoms, especially in the context of the Western threat. The AfD considers Putin’s ideology the proof that true politics and the rebuilding of the nation/Vaterland can only take place within a national framework (thus the rejection of the project of European integration and of globalization) and in a mono-cultural society which limits the influx of foreigners and rejects universalist cultural influences. The enemy par excellence is the Western world under the boot of the United States. Another shared cause is the fight against political Islam and international terrorism.

The AfD has made the political conquest of Russia-Germans one of the central goals of its propaganda in regions with a high concentration of these re-migrants (Berlin, Rhineland-Westphalia, Bavaria). In 2014, 2,369,506 people were registered as Germans from the former USSR (microcensus). In 2021, their number is estimated at 2.5-3 million, with the Russian government talking about 6 million.

The proximity of these Germans to Russia (language, religion) has been the subject of several studies, including one by Boris Nemtsov in 2016. The author shows that 18% of respondents feel Russian, 49% speak Russian at home, 20% are hostile to democracy, a trend majority are anti-immigration and want to close borders (49%) and reduce the influence of the EU (44%). 13% of them want to leave the EU. The AfD propagates all these topics in its programs.

The party created specialized structures (interest groups), organized national meetings, printed leaflets in Russian, broadcast radio and television programs in Russian, and assembled a group of experts, party officials and MPs, who took over the management of the AfD propaganda.

Since 2013, many AfD cadres have visited Russia, Crimea and the Russian-controlled zone of the Ukraine, including then-chairwoman Frauke Petry, who has since left the party. These trips, as well as the AfD’s activities addressing Russia-Germans, attracted the attention of the media that have pondered over the channels of Russian influence in Germany.

What about the hypothesis of direct financing of the AfD? There is no legal proof. In fact, Russia has learned the lessons of the 1980s and the financing of the German Communist Party, when West German counter-intelligence services monitored East German agents carrying large sums of cash to finance Communist propaganda and the party apparatus. The Russian services have therefore modernized their methods.

Russia has multiplied the cultural, economic and political channels aimed at the Russia-Germans. In Germany, more than 140 Russian propaganda channels are active (newsletters, newspapers and journals, radio, TV stations). There are also think-tanks, for example the DOC Research Institute, whose purpose it is to provide the intelligentsia, AfD executives, and journalists with geopolitical analysis.

The financing of big players like Sputnik or Russia Today is officially provided by Russia. The support of regional and local “mini-actors” (press, cultural circles), is discreet: for the press, subscriptions; for local or regional cultural events, sponsoring or provision of guests by the consulates. They also pay the rent of the venues and make donations for consumption, and finance trips to Russia, too. There are also “small donations” to associations, the origin of which does not have to be indicated.

This propaganda is particularly effective in the community of Russia-Germans. The AfD has perfectly understood this and has therefore multiplied the number of its statements and election appeals in Russian-language media in Germany since 2016.

In conclusion, the 2021 Bundestag election will be a decisive moment for German-Russian relations. Putin hopes that Germany will choose to dissociate itself from the American line and that European unity will continue to weaken.

How do experts, close to the Kremlin or not, represent the post-war world?