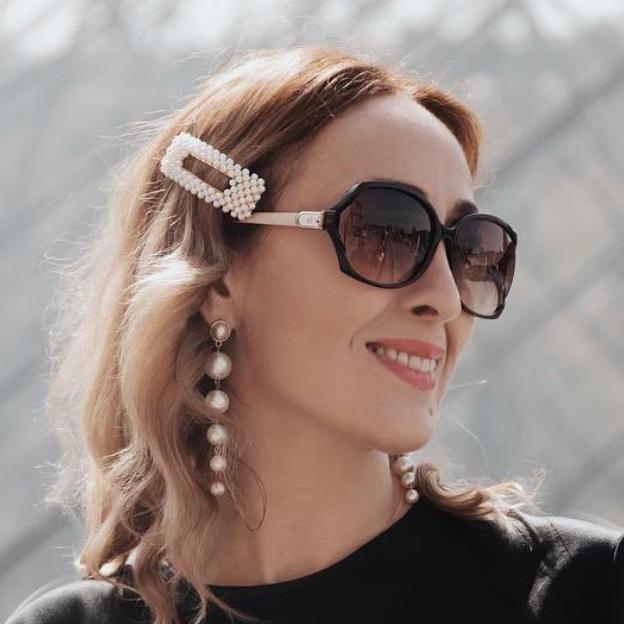 Mairbek Vatchagaev is a historian and political analyst with the . He was spokesman for the independent Chechnya president Aslan Maskhadov (elected in 1997 in an OSCE-observed election) and then plenipotentiary representative of the Chechen Republic of Itchkeria in Russia. He lives in France.

The presence of Chechens in France intrigues and worries. In June 2020, Paris-Match headlined on its cover: “Alert to Chechens. Investigation on a discreet and worrying community”. Opponents of Kadyrov’s regime, people who have been persecuted by this dictator’s henchmen for their opinions or their homosexuality, find it difficult to obtain political asylum in France and do not always seem to be welcome in certain districts. Why is this so? Chechen historian Mairbek Vatchagaev talks about the past and present of this community in France.

One of the largest Chechen diasporas lives in France. Many people think that Chechens, and Caucasians in general, arrived in France recently.

This is fundamentally wrong: a large group of people from the North Caucasus arrived in Paris in 1919-1920, following the revolution in the Russian Empire. One of the first Chechens to set foot on French soil, in March 1919, was Abdul-Mejid (Tapa) Chermoev, with his wife. He was the head of the official delegation of the Mountainous Republic of the Northern Caucasus to the Paris peace conference, and remained in France after the Bolshevik victory in the Caucasus.

The first Chechen diaspora began to form around him. At first, a few dozen people settled in Paris. Gradually, the North Caucasian community was formed in France and, according to my information, it numbered about a thousand people: Ossetians, Dagestani, Ingush, Chechens, Circassians and Terek Cossacks.

What was the life of the Chechen emigration in those years? What were their activities? What problems did they have?

Compared to Russian emigration, the number of Caucasians in France was not large, but many of them left their mark. For example, two Chechens, Tchinghiskhan Elmourzaev and Saïd Toukaev, fought in the Foreign Legion. They were officers on the eve of World War II and attained the rank of lieutenant during the war. Other nationals of the Caucasus, the Kabards, the Ossetians and others, participated in the Second World War on behalf of France. Some of them were promoted to knights of the Legion of Honor.

The women of the North Caucasus are not left out. The daughter of the famous General Hagondokoff, Leyla, is best known as Countess Irène du Luart, a personality who served in the Foreign Legion and received the titles of Commander of the Legion of Honor and Grand Officer of the National Order of Merit. To this day, a service in his memory is held every two years at Les Invalides. On January 1st of each year, the Foreign Legion pays homage to her grave at the Russian cemetery in Sainte-Geneviève-des-Bois, as she is considered the godmother of the 1st Foreign Cavalry Regiment. Selima Badouyev, grand-niece of the famous Chechen writer Said Badouyev, was a stewardess on the first transatlantic flights. And Jeneta Chermoev, Tapa’s niece, who gave cabaret concerts during the Occupation, was actually doing intelligence work as a member of the French Resistance.

Closer to our time, we can mention Najmoudine Bamat, son of the Koumyk Gaydar Bamatov and the Chechen Zaynab Chermoev, who was considered a French intellectual in the 1970s-1980s: he taught Islam, traveled a lot around the world, gave conferences, wrote, spoke eleven languages. He is buried in Bobigny, next to the memorial of those who died for France and his grave is part of the memorial complex.

Said Tukaev, already mentioned here, participated in the liberation of Caucasians from concentration camps. It was only after his death that it was officially announced that he was acting on the orders of the Resistance movement in France. On March 17, 1955, at the meeting of the Union of French Army Veterans Officers, V. M. Struve gave a moving speech to honor his memory.

After World War II, a new wave of Caucasians released from concentration camps in Germany arrived in France, but many of them believed Stalinist propaganda and returned to Russia. Many were exiled to Siberia or executed, but some were lucky enough to find their families deported to Siberia or Central Asia [Chechens were deported in 1944, on Stalin’s decision, Editor’s note].

Some Chechens died valiantly during the Korean War. Buried in the south of France, they are part of the French military who died for France.

One can say that the North Caucasian community, although small, has contributed to the history of this great country.

How is it possible that among the former emigrants there are so many brilliant names, whereas the contemporary Chechen diaspora stays in the shadows and is very fragmented?

In order to unite the Chechens of Europe, a charismatic figure must appear who can bring small disparate groups around the table and offer them a new political platform. Only 1% of us are engaged in political struggle. 98% are involved only in organizing funerals and repatriation of the dead, and 1% are unaware of any form of joint activity.

How can we fight the clichés that have formed in France about Chechen society?

We have a genetic code of resistance. Since childhood, Chechens have been raised as warriors; we are used to resisting and fighting all our lives. However, no historian claims that Chechens invaded the territory of neighboring peoples. On the contrary, Chechnya has been invaded many times, including by neighboring republics, so that for several centuries the Chechens have had no choice but to resist.

Now, when Chechens come to Europe, to France, they are told, “Be like the French or like the Europeans.” But we have different life experiences, and a Chechen often closes himself in his shell for fear of losing his soul in a new society, as happened with the first Chechen diaspora in France. But today, with 65,000 to 67,000 Chechens living in France, there is no risk of this happening. Chechens have created their own microclimate and their own Chechnya here, with its traditions, customs and even prohibitions. Our mutual support and solidarity is misunderstood by the Europeans. For instance, our guys work in different security services. When one of them sees a thief, he catches him, ties his hands and calls the police. The police come and ask, “Why did you arrest him?” In fact, our people live here as if they were in Chechnya, and it’s time to change.

So there is a clash of cultures and mentalities.

There is no clash of mentalities. We are not the only ones in France who have our own culture, our traditions and our customs. There are the Chinese, the Turks, the Arabs, the Africans. People of all the origins who emigrate to France come with their own baggage, and are initially resistant to assimilation. The Chechens are among those who resist the longest.

In France, Chechens are often talked about these days. There have even been people deported to Russia, although there is a real threat to them in this country.

Indeed, there have been arrests and deportations. This is the consequence of what I just said: the Chechens have created a closed world and continue to live in it. But if we live here, we have to know the legislation. Our compatriots sometimes do not realize that their actions or words make them suspect in the eyes of the French security services. For example, black humor, which is very common among our fellow citizens, can be misinterpreted. We must aspire to be part of French society and behave in a way that makes the French proud of us.

If you have problems in Russia and you come to France, it is up to you to prove to the authorities that you do not cause problems here. It is normal, they protect the security of their country. It is painful to see people expelled by France, while they have problems in Russia and are threatened there. But when you start studying these cases, you realize that some people have simply lacked flexibility and wisdom. After all, out of about 100 Chechens arrested in the last few months, almost all of them were released. So they have managed to convince the authorities of their innocence and the validity of their stay in France. We must learn not only to defend our rights, but also to live according to French law. We have to prove to the French that we are part of their society, that we love this country that has sheltered us, as they do.

Living according to French law is not easy. How many times have special forces stormed our homes, frightened our women and children, only to admit that they made a mistake? Each time our guys declared on social networks that they would go to court. But how many of these cases have been brought to court? None. Every time, people explain it by financial problems, but in France it is possible to get free legal assistance. However, no one has ever done so, because we don’t know how to use the French legislation, even to defend ourselves.

There is another problem in the Chechen diaspora: a conflict between generations which is attributed to the influence of European culture.

It is normal, this conflict exists not only in Europe, but also in the Chechen Republic. It is not a conflict of generations related to the cultural influence of Europe: it is the influence of new technologies, social networks. We cannot escape it.

Once, I was invited by an organization of young Chechens to speak about the emigration of Caucasians. I spoke in Russian and Chechen, and at one point some Chechen girls asked me if I could switch to English. It turned out that they did not understand either Chechen or Russian. Some parents think that their children don’t need to know the Chechen language, as long as they know French and English. A Chechen from France talks to a Chechen from Germany in English, which is a luxury we cannot afford in a small diaspora.

If a person loses his language, he loses the link with his people, with his homeland. It is very important not only to teach children their mother tongue, but also to show them that they have their own traditions and customs, their language, their culture. And the best link to one’s origins is the language.

As a historian who studies the past and observes the present, can you tell us what you think are the perspectives of the Chechen diaspora in France?

I am sure that the Chechen diaspora in France has a good future. Only 20 years have passed since the second Chechen war, but for the record it is a very short time. My generation is the generation of refugees in France, but our young people already form a diaspora. Hundreds of our children are studying in French universities, they will work tomorrow and represent our face in France.

Vladimir Milov is a leading Russian opposition politician, energy expert and adviser to Aleksey Navalny. He was deputy minister of Energy of Russia…