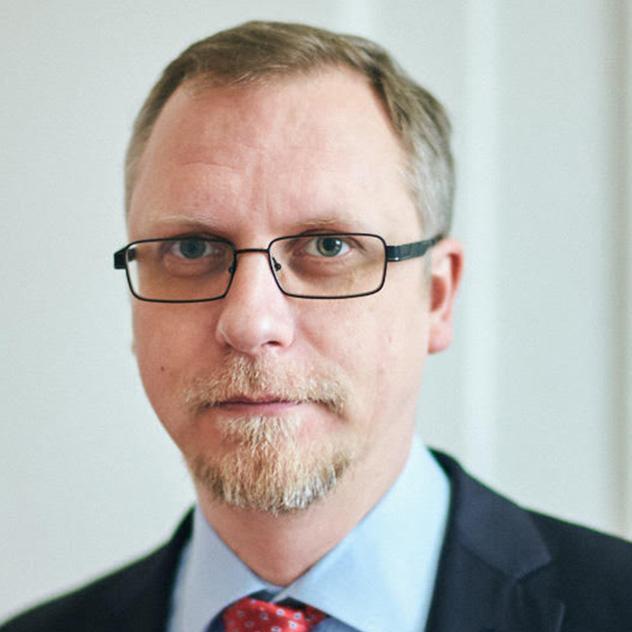 The European Parliament’s resolutions tend to be critical of Putin’s Russia. One of the most recent resolutions on Russia adopted at the end of April this year was concerned, in particular, with the jailing of the Russian major opposition figure Alexei Navalny and the military build-up on Ukraine’s border. Among many other critical points, the resolution reiterated the European Parliament’s “strong support for the EU’s policy of non-recognition of the illegal annexation of the Autonomous Republic of Crimea and the City of Sevastopol” and strongly condemned “Russia’s hostile behaviour in Europe”.

As we revealed in our investigation for EUObserver, Russian citizen Tamara Volokhova with links to Russian agents of malign influence in Europe was able to secure a contract with a French far-right MEP Aymeric Chauprade working for him as an attaché. Chauprade, who was at that time a senior member of the far-right Front National, himself had been involved in a number of pro-Kremlin activities, including playing a role of an “independent observer” at the illegal referendum in Russia-occupied Ukraine’s Autonomous Republic of Crimea — a referendum followed by the annexation of the Crimean Peninsula by Russia. Volokhova’s work for Chauprade coincided in time with his participation in negotiations over providing a multi-million loan to the Front National by Russian business structures. Today, already a dual Russo-French citizen, Volokhova works for the secretariat of the far-right Identity and Democracy (ID) group and has access to the proceedings of the European Parliament’s committees that help shape European foreign and defence policies.

Volokhova also closely works with the French MEP Thierry Mariani and accompanied him and other French MEPs on their visit to Russia-annex Crimea in summer last year to “observe” the controversial voting on the amendments to Constitution of the Russian Federation. Mariani, a long-time supporter of authoritarian leaders, reportedly visited Russia more than 50 times over the recent few years, and – for his numerous propagandistic trips to Crimea – was sanctioned by Ukraine.

Despite this and many other instances of Mariani’s pro-Kremlin activities, the European Parliament allowed him to join the Special Committee for foreign interference in all democratic processes in the EU, including disinformation (INGE), although he himself has a direct relationship to Russian attempts to disinform European societies.

Instead of appropriately reacting to Mariani’s actions aimed at undermining the EU’s consensus on Russia’s aggressive and subversive behaviour in Europe, the European Parliament seems to reward Mariani. On 4 March 2021, the Committee on Foreign Affairs supported Mariani’s own initiative to work, together with his ID group, on a report on the control of European funds in Lebanon. This decision is problematic in two major ways. First, given Mariani’s support for corrupt authoritarian regimes in Azerbaijan, Russia, Syria, etc., the integrity of his potential report on the use of EU funds in Lebanon, a highly corrupt country according to the Corruption Perception Index, is already severely compromised. Second, the support for Mariani’s initiative is a sign of the erosion of the “republican front” in the European Parliament – a strategy aimed at containing and isolating the far right by mainstream parties.

Mariani’s project of reporting on the use of EU funds in Lebanon was propelled by the chair of the Committee on Foreign Affairs, German Christian Democrat David McAllister without any consultations with the two other largest mainstream groups in the European Parliament, namely the centre-left Progressive Alliance of Socialists and Democrats and the centrist Renew Europe. However, while some of its members were most likely aware of Mariani’s disruptive activities, the European People’s Party (EPP) still gave its overwhelming support to his initiative and it won the vote in the committee.

Shortly following the vote in the Committee on Foreign Affairs, Mariani did not hesitate to continue using the EU’s symbolic resources to legitimise Putin’s actions in Ukraine. On 18 March 2021, he used an official letterhead of the European Parliament to congratulate a representative of the Russian occupation authorities in Sevastopol with the anniversary of Russia’s annexation of Crimea. 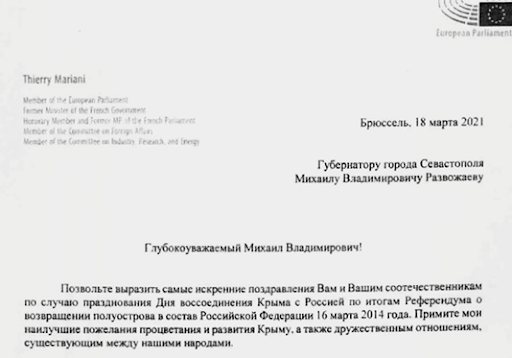 As one could expect, Mariani once again got away with the abuse of his position as a MEP. And when the Renew Europe group contested, on 13 April 2021, the decision of the Committee on Foreign Affairs supporting Mariani’s initiative on the EU funds in Lebanon, the same surprising alliance of the EPP, ID, European Conservatives and Reformists, and even some Greens confirmed the previous vote.

While it is commendable that the European Parliament takes a strong stand on Russia’s subversive activities in the EU, one fears that, in practical terms, it has so far failed to tackle the problem of agents of malign Russian influence working inside the institution itself. Moreover, by rewarding French members of the ID group, the leadership of the EPP is doing a disservice to its French allies from the Renew Europe group who are facing a clear threat of the far right in the French presidential elections next year.

The Ukrainian intellectual Marianna Perebenesiuk tells us about some funny memes…