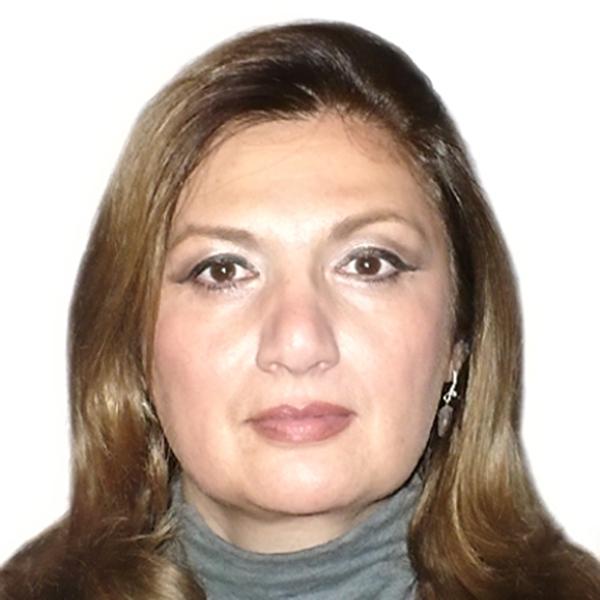 There is no evidence that an economically weakened Russia has stopped viewing unresolved conflicts as a tool for keeping control on what it considers its sphere of influence. The result of the 2020 Karabakh war for Russia could be summed up this way: Russia facilitated an end to the fighting in order to strengthen its military presence and increase coercive control over the region. But this leaves aside the fact that the outcome of the Karabakh war has offered a striking illustration of Russia’s weakness as well : an increased military presence has not prevented a further decline of Moscow’s authority and public image in the region.

In Armenia the recent Karabakh war exposed the futility of having Russia as an ally, and in Azerbaijan it caused shock and resentment among the public. Russia mediated a ceasefire, has deployed troops, but is widely expected to do its best to delay any long-term solution to the conflict. A climate of “constructed” threats and endless cycles of nationalist narratives in both Armenia and Azerbaijan serves Russia’s interests. It serves as justification to a greater Russian military presence, which in turn raises even higher obstacles to these countries’ rapprochement with European and Euro-Atlantic structures.

Some in Europe may see this as a benign role for Russia, producing at least temporary stability. But one shouldn’t forget that it was precisely the prolongation of a “no peace, no war” situation which led to the outburst of fighting last year.

What can the West do? Situated on the periphery of Europe, the South Caucasus has since the demise of the Soviet Union been characterized by a certain profound “lawlessness”: none of the violations of international or humanitarian law we’ve witnessed in three decades have led to consequences for the perpetrators. One way the west could reduce Russia’s sway would be to help address this absence of accountability. Helping create the conditions for grievances to find their legal or political redress are surely complex tasks but they might go a long way in diminishing Russia’s hold. Another way the west could weigh in would be to support post-war reconciliation efforts, through informal contacts and some border area integrational projects.

It may sound paradoxical, but this latest war has created among parts of Armenian and Azerbaijani society a greater awareness of the need to rely on oneself rather than on the large neighbour to the north or on other external powers. Trying to normalize relations with each other, at the regional level and by leveraging people-to-people contacts is an idea that has new impetus. This may stand in contrast to the inertia of “old” thinking among European mediators who focus on state actors without considering a more normative, non-partisan approach.

The conflict over the Nagorno-Karabakh region of Azerbaijan, populated by a majority of ethnic Armenians, developed as a legacy of Soviet nationalities policies. On the ruins of the Soviet Union it turned into a full-fledged war between Armenia and Azerbaijan after they gained independence. At that time, the two countries took opposite stances vis-a-vis Moscow. Azerbaijan’s democratically elected leader Elchibey set out, as one of his strategic objectives, a full withdrawal of Soviet bases from Azerbaijan territory and he appeared to be the first one among all the Republics to achieve it (except for the Gabala Russian radar base). Armenia, by contrast, signed a defense and security agreement with Russia, allowing not only the stationing of Russian bases but also the presence of Russian guards on its borders, and full dependency on Russian weapons supply.

Azerbaijan’s refusal to host Russian bases arguably came at a high price: its first independent government was toppled, and the country lost control over 20% of its territory, including areas outside the limits of the autonomous region of Nagorno-Karabakh, and 700 000 people were displaced.

The September 2020 flare-up of the Karabakh conflict between Armenia and Azerbaijan came against a backdrop of failed international diplomacy: the OSCE “Minsk group” had been unable for years of going beyond the preservation of the status quo and of bringing a lasting solution, the US had withdrawn from the issue, the EU played a weak role, and Baku and Yerevan showed intransigence. Four 1993 UN Security Council resolutions on a withdrawal of Armenian troops had remained on paper. Meanwhile, geopolitics were partly redefined by more active and assertive Turkey. Armenia and Azerbaijan’s domestic situation had changed as compared to the 1990s. In Azerbaijan, freedoms were further restricted following multiple crackdowns on civil society. In 2014 Armenia was the stage for another “colour revolution”. Russia was now set on punishing the new leadership in Armenia, its old and strategic ally seeking more political independence, and this was happening thirty years after Russia had put most pressure on the other side, Azerbaijan.

Events unfolded very rapidly in the wake of the 2020 war. The trilateral agreement between Armenia and Azerbaijan mediated by Russia and signed in Moscow put an end to the fighting and established a timetable of ceasefire measures, most importantly the deployment of 1,960 Russian peacekeepers and 470 armored and other vehicles in the area of conflict. Observers noted the almost immediate deployment of Russian peacekeepers in Nagorno-Karabakh. On 10 November, one day after the signing of the trilateral agreement the TASS news agency reported that five IL-76 planes were heading to Azerbaijan from Ulyanovsk in Russia. Analysts also noticed that the May 2021 tension on the Armenia- Azerbaijan border took place as Lavrov was visiting region. Following this tension, Russia offered its mediation and the creation of a trilateral commission on the delimitation and demarcation of the border.

Turkey’s intense activity in the region led Russia not to get involved initially. Another reason for its restraint was clearly its willingness to put pressure on the rebellious Pashinian in Armenia. Turkey’s role in fact fitted perfectly with Russia’s old imperial paradigm. By igniting Armenian sensitivities and with the outbreak of new hostilities between Armenia and Azerbaijan, this would help justify Russia’s presence in the region as a “peacemaker”. But Russia’s passivity during the war contributed to Armenia’s sense of losing the security paradigm it had long benefitted from. More voices in Armenia pointed to Russia’s lack of reliability as an ally and some called for diversifying security and defense allies.

In Azerbaijan, the return of most of the occupied territories was less attributed to Russia’s non-intervention on the side of Armenia than to the support provided by Turkey. Today Russia is viewed as “an occupant” or “aggressor” by a significant number of people in Azerbaijan.

Viewed from Azerbaijan, Turkey appeared to be the only ally who cared about its sovereignty, its internationally recognized borders and its humanitarian emergency. The Minsk group had been further discredited after Emmanuel Macron made a series of openly pro-Armenian statements during the 44 day war. The opposition leader and former acting president Isa Gambar, expressed a widely shared opinion in the country when he said in an interview: “the pro-Armenian position of the co-chairmen, especially France, is absolutely unacceptable for Azerbaijan”.

The adoption of the Russian as an official language in Nagorno-Karabakh added to the resentment and suspicion of Russia in Azerbaijan. As did the delays in the withdrawal of all armed Armenian groups from Azerbaijan’s territory, stipulated by the 9 November 2020 trilateral agreement. With substantial accommodation facilities being built for the Russian peacekeeping troops, it seemed to many in Azerbaijan that Russia was repeating the scenario of other secessionist or “frozen” conflicts, perhaps with the prospect of increasing the number of Russian troops and even integrating the region into Russia.

Unresolved conflicts create a situation where elites become increasingly entrenched, and reforms are delayed. Talk of European or Euro-Atlantic integration becomes shelved. States become vulnerable to manipulation, nationalism becomes the dominant ideology. Modernization and the “opening up” of societies are near impossible. There is little doubt this suits Moscow.

By deploying troops and extending its means of control, Russia has “filled” the void left by a weakening of western interest in the region. This has had a few consequences. Military means have been relied on to effectively change the status quo. For the Europeans and Americans, this means their role in the region can only exist on Russia’s terms. In some parts of Europe it seems there is a perception that Russia might be a benign actor on the Karabakh issue, unlike in other post-Sovier secessionist conflicts, and that its “peacemaker” role has a degree of legitimacy. This is an illusion few people hold in the region, whether in Yerevan or in Baku.

Westerners are wondering about Putin’s intentions regarding Ukraine. They take into account the slightest declarations…

In the West, the primacy of domestic objectives, the “long war” against Islamic terrorism and the perception of international rivalries through the prism of geo-economics…