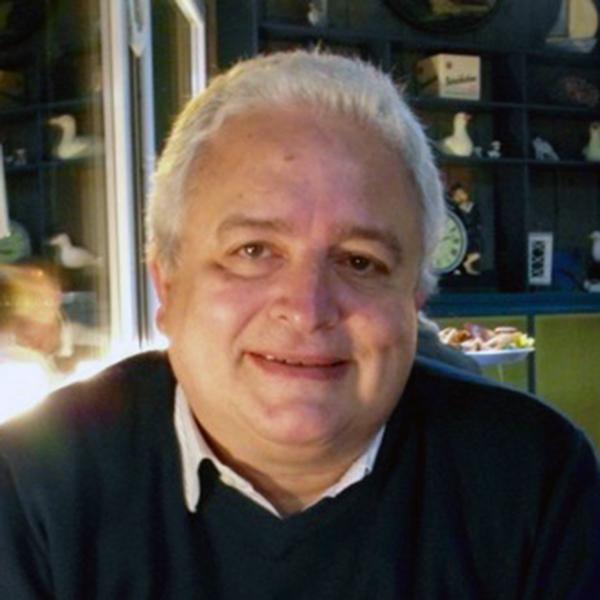 “When the conditions are favorable, any society can turn against democracy” The seduction of authoritarianism seems irresistible today. Anne Applebaum describes the mechanisms of the twilight of democracy, from Washington to Warsaw. Her account is chilling, but formidably enlightening. Today’s “polarizing movements” are reminiscent of the era of totalitarian mobilizations a century ago. And, like yesterday, we must understand the perils in order to overcome them.

An ill wind is blowing on democracy: extremization of public debate, success of populist parties, and more broadly of entrepreneurs of anger of all kinds, from Islamists to anti-vax, permeability of large sectors of the population to conspiracy theories, violent identity movements of the left and right, emergence of paradoxical regimes, combining democracy with authoritarian features (Hungary, Poland, but also Trump’s America). Anger, resentment, and fear invade political behavior, the cascading lies of the Brexit campaign or of the Trump presidency circulate too fast to be countered. Indifference to consequences (Boris Johnson) and to the truth (Trump) are paying off.

These heterogeneous phenomena form a nebula that is difficult to capture in an overall diagnosis: what is serious, what is anecdotal? After all, emotions and irrationality have always played a role in public life. This fog adds to the anxiety of the friends of freedom. The seduction of authoritarianism seems irresistible today. Anne Applebaum describes its mechanisms, from Washington to Warsaw. Her account is chilling, but formidably enlightening. In the United States, Poland, England, Hungary, she tells how relations, often close friends, who used to be liberal conservatives like her, have abruptly switched to illiberal authoritarianism and, overnight, have turned their backs on her. The tour de force of her book is to draw from these personal experiences an overall explanation of the “twilight of democracy”. How did the party of Reagan and John McCain become the party of Trump, how did skeptical conservatives turn into fanatical populists in the Brexit campaign, how did Solidarność Poland tip into the bigoted conspirationism of PiS?

First, the facts: the public sphere changes in nature when the confrontation of ideas and programs is fragmented for lack of a central arena. “Even in the most turbulent democracies, the battlefield was relatively well defined […] most of the time there was only one national debate. […] Above all, the old print and broadcast media created the possibility of a single national conversation. That world is gone. Beyond fake news and disinformation, social network algorithms are changing the very perception of reality. “Because they are designed to keep you online, algorithms also promote emotions, including anger and fear. […] Anger becomes a habit. […] From the online world, polarization has taken over reality.” The splintering of the center-left and center-right is not unique to France; it can be found with constant parties in the United States, the United Kingdom and Germany. The normal democratic politics, the one of interests and programs, the one where the rulers are accountable in one way or another, is submerged by an existential politics, which scorns the managerial problems and addresses an existential anguish among the voters. Rafael Bardaji, for a long time José Maria Aznar’s advisor, has had enough of the “centrism” of liberal democracy and of Atlantic solidarity. He became one of the inspirers of the nationalist party Vox, around the same time when Trump entered the presidential race. In the Spanish case, the existential politics is aimed at appealing to people fed up with the Catalan independence debate. But its principle is universal. According to Bardaji, “we are entering a period where politics becomes something else, politics is the pursuit of war by other means, we don’t want to be killed, we want to survive. Nowadays, I think, politics is a game where the winner takes all.”

This game is a never-ending spiral. Polarizing movements attract those who are fed up and frightened by the polarization around flashy debates, be it on Catalan separatism, MAP for all, immigration, or secularism, etc. They offer an answer to them, by moving politics onto the terrain of the survival of a traditional identity. Thus, the fear of chaos breeds chaos and accredits authoritarianism. Existential politics is a new kind of conservatism, which Anne Applebaum calls “restorative nostalgia”. This is why the right has the advantage in the identity market, although the left also has its share, with the intensification of identity-based anger in the name of the “dominated” (decolonialism, neo-feminism).

Restorative nostalgia is dangerous because it expresses anger and fears that it flatters instead of responding to the problems they raise, because it is ready to make choices without worrying about their consequences, like this English conservative, once Mrs. Thatcher’s pen, now Orban’s thurifer, who takes the possible secession of Scotland in the event of Brexit with a light heart. The power of the existential appeal has produced the convergence of the “elegiac and Burkean nostalgia” of Roger Scruton [a conservative philosopher and distinguished mind, who died in 2020, having participated, among other things, in the creation of underground universities in communist countries] with the aggressive and vulgar nationalism of Nigel Farage, who is not at all bothered by the Kremlin’s contribution to the disinformation campaign on the Brexit. For the nostalgic restorationists, as indeed for some of the Labour leadership, “the risk of constitutional and political chaos was not just unfortunate collateral damage but part of the appeal of Brexit.”

Now, how to explain the flowering of these new-style conservatives, unscrupulous entrepreneurs of anger? In Britain, they have “the conviction that something essential to England had passed away.” What was at stake in the Brexit was nothing less than the survival of England as a nation, through changes as radical as they were vague. “If the Brexit carried this revolution, everything that led to it was acceptable”: lies, data hacking, slander. This is the point where AP’s book is most original. The driving force behind the brutality of existential politics is disarray, the pessimism of decadence. The shift of part of the right from liberal conservatism to a form of nihilism is the common thread between the petty resentment of the PiS against those who were the winners of Poland’s liberalization after having been the heroes of the struggle against communism, and the Trumpist turn of the Republican Party, which has become a prisoner of the Big Lie about voter fraud.

Beyond the ups and downs of each country, a profound cultural change is at work in Western societies. Beneath Trump’s bluster lies an apocalyptic pessimism, which unfortunately meets with the population’s mood. Speaking of a former friend, AP refers to “this dark pessimism, with its echoes of the most alarmist far-left and far-right movements in American political history.” Where a Ronald Reagan expressed the exuberant optimism of Manifest Destiny, the Republican Party now sees itself as a beleaguered white minority. A conservative is now a person who no longer believes in anything. Cultural despair means that any means is good for stopping the catastrophe, that the difference between freedom and authoritarianism no longer matters.

In the past, the argument of moral equivalence between regimes, whether democratic or authoritarian, was used in the West by Soviet propaganda. “Trump’s victory in 2016 was exactly the victory of this form of moral equivalence.” Paradoxically, the apparent triumph of liberal democracy, with the end of the USSR, will have had the same effect as the resentment against modernity at the beginning of the last century, which precipitated the Great War and the totalitarian revolutions. Anne Applebaum quotes as an epigraph Fritz Stern’s great book The Politics of Cultural Despair (1961) on resentment against modernity in pre-Hitler Germany. Stern writes: “We must accept that this kind of rebellion against modernity is latent in Western society and that its confused and utopian program, its irrational and apolitical rhetoric, embody aspirations that are just as authentic […] as the aspirations of other reform movements with which we are more familiar.”

For the author, we are once again in a period of rising rebellion against modernity. This thesis makes sense of the totalitarian features of today’s polarizing movements — demonization of the designated enemy, maximalism of demands, denunciation of moderates — but also what distinguishes them from totalitarianism proper, namely the lack of ideology. The Great communist or fascist Lies required a violent re-education of the masses to replace reality by ideology, the “logic of the idea” according to Hannah Arendt. The totalitarianisms of the 20th century were caught up in a permanent revolutionary escalation. Today we are facing a minor form of Big Lie, which does not lead to ideological violence, but gently destroys the conditions of liberal democracy, with small and medium-sized lies. Anne Applebaum borrows this terminology from Timothy Snyder. Without ideology, the lie of Trump or the Brexiters nevertheless ends up resembling the Soviet totalitarian lie.

Russia is not the subject of the book, but it does indirectly illuminate the nature of Putin’s regime and the secret of his prestige among restorationist nostalgics, though many of them were clear-eyed anti-communists. Putin embodies the complex of decline combined with a policy of strength. His imperial nationalism is all the more seductive because it is part of cultural despair. Would Putin’s Russia be the missing link between Soviet totalitarianism and democracies seized by authoritarian temptation?

In his recent interview with Desk Russie, the academic Sergei Medvedev pointed out that “the Kremlin is actively working with emigration”…